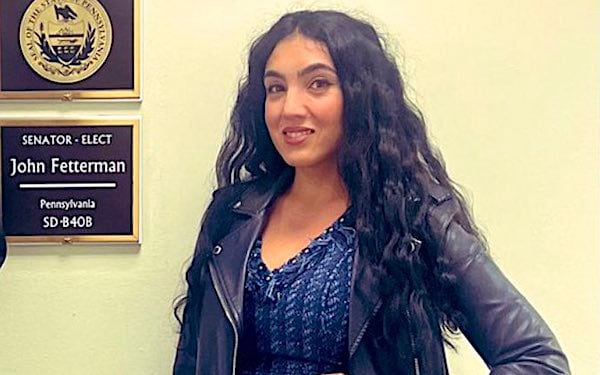 (FOX NEWS) — Twitter critics slammed Gisele Barreto Fetterman for posting a photo of herself outside the senator-elect’s office with her husband, John Fetterman, partially cropped out of the image.

Users mocked the photo for seemingly depicting Mrs. Fetterman as having achieved her fifteen minutes of fame. Some insisted the photo was her leaning into the claim that she was the actual Senate candidate all along, thanks her husband’s cognitive issues caused by his stroke last May.

The actual Senator-elect is halfway cut out of the photo!!! She wanted this so badly for herself lol. I hope subjecting her husband and her marriage to this was worth her 15 minutes. pic.twitter.com/PWbgqsgGDe

On Tuesday afternoon, Mrs. Fetterman posted the first image outside the senator-elect’s new office. In the photo, which depicted the Democrat ditching his usual hoodie and shorts combo for a suit and tie, the couple stood next to the office placard, which read, “SENATOR-ELECT John Fetterman: Pennsylvania SD -B4OB.”