Final Q1 GDP Estimate Comes In At 6.4%, As Expected

Out of today’s huge data dump, which included initial and continuing jobless claims, durable goods and capex, retail and wholesale inventories, advance trade goods balance… and finally, the third and final revision to Q1 GDP, it was the last data point would have the least impact as it was the most delayed looking at the state of the US economy at the now ancient March 31, 2021. And sure enough, the update from the BEA assured that virtually nobody would care about today’s GDP print which came in at 6.4%, unchanged from the previous print and also right on top of expectations. 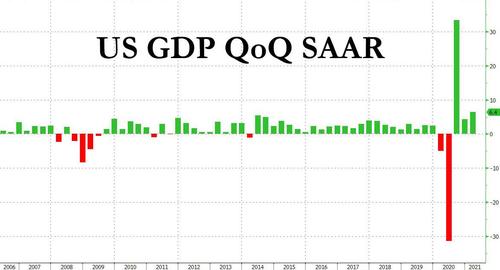 There were no surprises in the closely watched personal consumption data either, which came at 11.4%, on top of expectations, and just fractionally higher than the 11.3% 2nd estimate.

Here are some of the highlights:

Here is the same data expressed as a change from the preceding quarter. 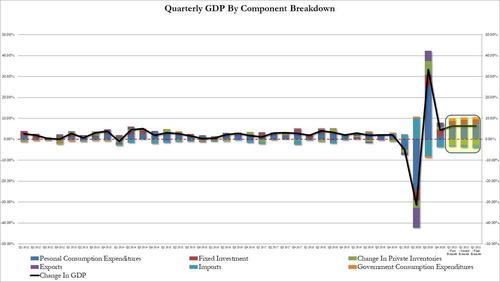 The increase in PCE reflected increases in durable goods (led by motor vehicles and parts), nondurable goods (led by food and beverages), and services (led by food services and accommodations). The increase in nonresidential fixed investment reflected increases in equipment (led by information processing equipment) and intellectual property products (led by software). The increase in federal government spending primarily reflected an increase in payments made to banks for processing and administering the Paycheck Protection Program loan applications as well as purchases of COVID-19 vaccines for distribution to the public. The decrease in private inventory investment primarily reflected a decrease in retail trade inventories (mainly by motor vehicles and parts dealers). 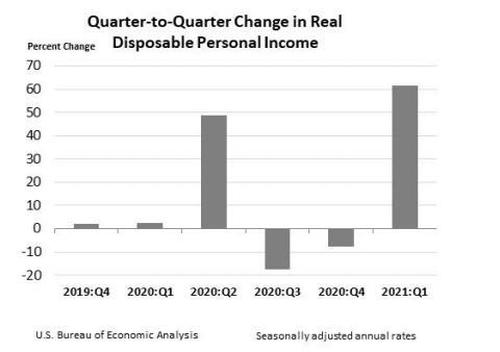 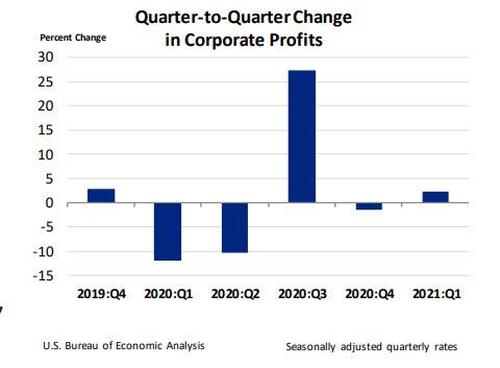 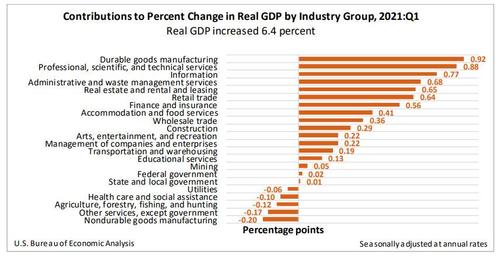 Overall, the data was largely meaningless not only because it is extremely stale but because there has been a huge change between Q1 and Q2, and as such what happens in the second quarter and even more importantly, Q3, is all that matters not only for markets but also for the Fed.