Finland Will Lobby The EU To Give Nuclear Power “Sustainable” Status

It looks as though Finland is starting to come back around to the idea of nuclear power – and that they plan on taking their advocacy for the clean energy to the European Union. The country will now lobby the EU for a “sustainable” label on nuclear power.

The EU’s decision on whether or not nuclear is “sustainable” has yet to be made. Despite the fact that plants are emission free, “nuclear is currently considered only a low-carbon energy source due to emissions caused by mining and transport,” Euractive wrote this week.

Finland’s fifth nuclear plant is nearing completing after years of delays, the report notes. Nuclear remains an important energy source for the country, which has a target of being carbon neutral by 2035. Nuclear currently accounts for 30% of the country’s power.

Finland’s government lobbying nuclear as a clean source of energy “marks a near U-Turn” in the green party, Euractive writes. The party has been traditionally “fiercely anti-nuclear” and has resigned from previous governments over the issue, the report says. 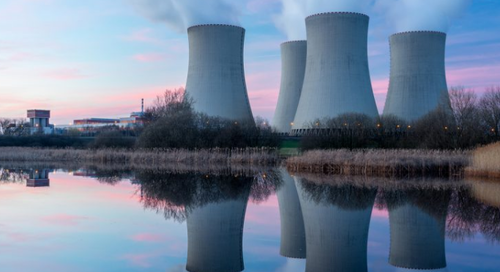 Recall, yesterday, we published on uranium, which we have been recommending since December 2020.

We pointed out that the Sprott Physical Uranium Trust has emerged as a powerful buyer of physical uranium, which in a market as illiquid as uranium, would serve as a powerful catalyst to move prices of both the underlying commodity and various producers sharply higher.

We also noted how hedge funds were starting to pour into uranium.

The difference this time from other uranium pops, we wrote, is that finally the institutions are waking up to what could be a historic surge, especially if the fake ESG lobby starts dumping the bloated FAAMG names and seeks refuge in such “soon to be green” sectors as uranium. Incidentally, the entire Uranium sector is a tiny fraction of Apple’s market cap.

And while Finland is just a tiny brick in the wall in terms of additional adoption, they represent the obvious direction for energy lobby to eventually focus their efforts on.