Five B-21 Raider Stealth Bombers Are Now In Final Production

The B-21 Raider – the US Air Force’s secretive, next-generation, long-range stealth bomber is allegedly in final assembly, with the debut expected in early 2022.

According to The Drive, there are five Northrop Grumman B-21 Raider stealth bombers in the final assembly. This was confirmed by the Air Force Association’s Air, Space, & Cyber Conference, Secretary of the Air Force Frank Kendall, who said the five Raiders are being built at Air Force Plant 42 in Palmdale, California. 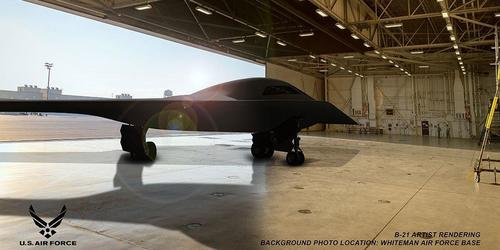 There are no known images of the Raider in the public domain except for computer renderings. The first glimpses of the new stealth bomber could come as early as 2022. Test flights are expected in late spring or early summer.

In July, we noted the most recent rendering of the bomber was featured in a USAF tear-off sheet. It was the third official rendering of the B-21. The rendering showed a previously unseen cockpit windscreen configuration as the bomber takes off from Edwards Air Force Base, California. We noted several years ago that the bomber would be tested at Edwards AFB. 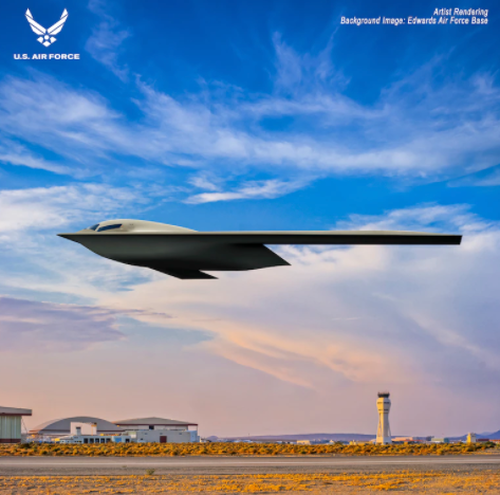 Officials have described the B-21 as the most advanced bomber to date, with complex nuclear long-range missions built into its airframe. It may even be able to carry hypersonic weapons.

“Nuclear modernization is a top priority for the Department of Defense and the Air Force, and B-21 is key to that plan,” Randall Walden, Air Force Rapid Capabilities Office director, said in a recent press release.

Senior Air Force officials have testified before Congress that the service is desperate for new stealth bombers that would increase global competitiveness as China and Russia race to develop new bombers.