Five Major US Cities On Track To Surpass 2021 Homicide Totals

Five major US cities are on track break their homicide totals from 2021, suggesting that the crime wave that began in 2020 will continue to worsen according to Fox News. 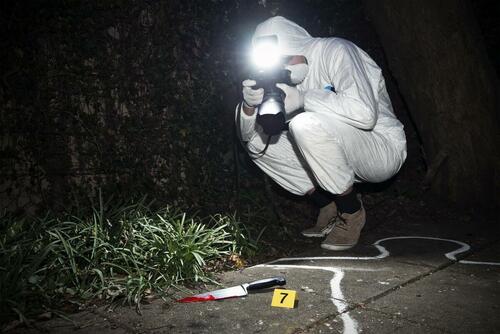 The data reveals that Los Angeles, Washington D.C., Baltimore, Milwaukee, and Atlanta have all seen increased rates of murder, just halfway through the year – with Milwaukee seeing the largest spike at 96 homicides as of June 17, vs. 77 at the same point a year earlier, a 24.7% increase.

The numbers continue a trend that has plagued the country since 2020, when homicides in the U.S. increased nearly 30% compared to 2019. That trend continued last year, with the Council on Criminal Justice statistics showing homicides across the county in 2021 increased 5% over 2020. -Fox News

Washington DC is another ultra-violent city, clocking in at 93 homicides as of June 17 vs. 82 at this point last year, an increase of 13.4%, while Atlanta saw 68 murders vs. 60 over the same period. Baltimore and Los Angeles have seen rates rise 7.7% and 7.3% respectively.

According to the report, experts have suggested that since crime tends to surge during the summer, there is little hope of slowing down the rising trend.

“Violent-crime increase—call it Ferguson Effect 2.0 or the Minneapolis Effect— has come on with a speed and magnitude that make Ferguson 1.0 seem tranquil,” said the Manhattan Institute’s Heather Mac Donald during the 2020 crime wave. “George Floyd’s death at the hands of Minneapolis police in late May was justly condemned — but the event has now spurred an outpouring of contempt against the pillars of law and order that has no precedent in American history.”