Tuesday’s news that Dallas Fed president (and former Goldman vice chair of I-banking) Robert Kaplan had made multiple million-dollar trades in his massive portfolio in 2020, which in addition to $1MM+ holdings of stocks such as Apple, Tesla, Amazon, Google Chevron and Boeing, also held at least $1 million of the Floating Rate Bond ETF, FLOT… 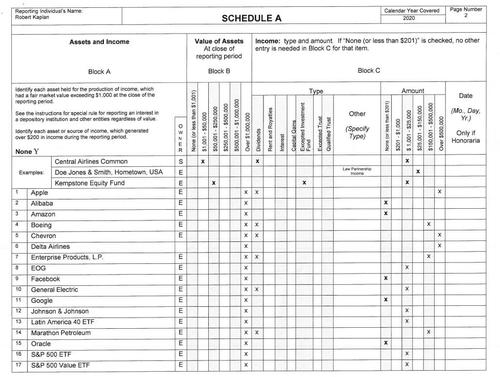 … trading on clear, explicit inside information in a time when the Fed was setting monetary policy benefiting stock investors and potentially benefiting himself to the tune of millions dollars sparked a widespread popular furore not to mention countless hours of entertainment for people in the financial community.

Subsequently it also emerged that Boston Fed president Eric Rosengren was also a Fed daytrader, further bolstering claims that not only is the market rigged and manipulated by the Fed but that it is rigged directly for the benefit of Fed members like Kaplan and Rosengren who – whether they intended or not – benefited monetarily from their own decisions and their inside information that nobody else was privy to. 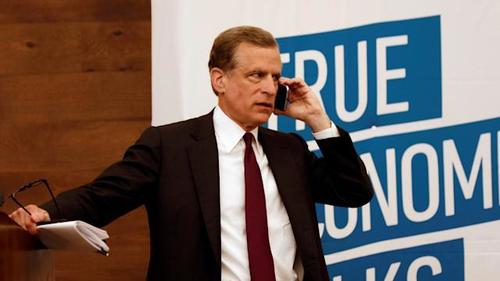 Well, less than two days after the widespread public fury at this grotesque discovery, the presidents of the Federal Reserve banks of Boston and Dallas said Thursday they would sell their individual stock holdings by Sept. 30 amid “ethics concerns”, and invest the proceeds in diversified index funds or hold them in cash.

Of course, in a world where everything is now a gruesome farce at best and a lie at worst, many quickly pointed out that the two Fed presidents had no problem daytrading all the way on the up, but only now, with the S&P at it all time high of 4,500 did they suddenly realize that what they were doing is improper.

Another, even more pertinent question that appeared, is why did it take a public shaming on Twitter to inflict some common sense into these multi-millionaires, and how is it that Powell, Yellen and Bernanke had no problems with any of this? And if they thought that they daytrading was “perfectly normal”, just what other unethical activities has the Fed been engaging in?

Central Bankers trading stocks – Why in the name of God´s green earth did it take a public shaming on Twitter to inflict common sense?

Maybe Janet Yellen can charge $500,000 for a speech explaining why the Fed thought that it was perfectly ok for Fed presidents to daytrade on material, non-public information for years

Yet others noted that amid a barrage of negative sentiment from the sellside, with all major Wall Street banks predicting pain for stocks in the coming weeks ahead of the Fed’s upcoming taper, Kaplan’s “ethical choice” to dump his holdings at all time highs and convert his holdings into index funds or cash is a perfect excuse to get out of markets just before the crash.

NOW we can taper.

Hey @neelkashkari since we now know many Fed presidents held and actively traded stocks, what is your and the Fed’s year end target for the S&P?

To be fair, though, Kaplan has been warning for months that tapering is coming. All he is doing now is the logical next step, which is to liquidate all of his stoncks before the crash.