While Tesla’s Cybertruck remains in limbo somewhere and Lordstown Motors is on the brink of failure, Ford Motor Company’s F-150 Lightning pre-order count continues to surge.

Three weeks ago, Ford unveiled the F-150 Lightning, an all-electric truck, delivering 563 horsepower and 775 lb.-ft. of torque. In the first 48 hours of release, the company received 44,500 pre-orders, according to CEO Jim Farley. 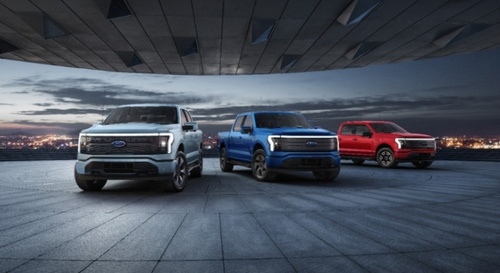 Now, the pre-order count has reached 100,000 and continues to climb, according to Engadget. The F-Series line is America’s best-selling truck for more than four decades. Millions of loyal Ford customers would never buy a Chevy, nevertheless, a Tesa or some other startup with a limited track record.

By comparison, since 2019, Tesla’s Cybertruck has accumulated over 1 million Cybertruck reservations. Ford has a much larger following than Tesla and could surpass reservations.

Besides Ford’s loyal customer base, spanning generations, President Sleepy Joe gave the car company free press last month when he was seen driving around in the vehicle on a closed course.

“This sucker is quick,” Biden said at the press conference.

Reservations require a $100 refundable deposit. Ford has said the F-150 Lightning deliveries should begin in the spring of 2022. The Cybertruck is expected to be released in late 2022 but really, who knows.