From Crypto Carnage To A Financial Crash?

Authored by Tuomas Malinen via The Epoch Times,

Cryptocurrencies have been on the doldrums since the ‘Crypto Carnage’ of Spring 2021. Over the weekend, a Bahama-based crypto exchange FTX Exchange collapsed. It will probably not be the last one. 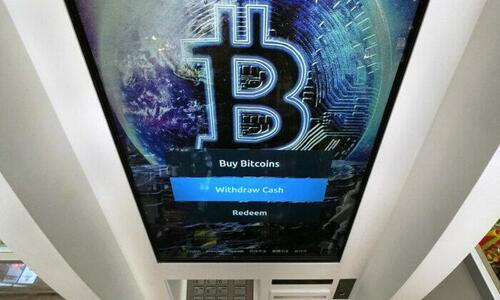 Due to the massive financial speculation, induced by the credit (QE) programs of central banks, the crypto market grew into a hub of speculation. During their first global crash in spring 2021, it was rumored that some players had been engaged in speculation with leverage of 100x. That is, by borrowing 100 times the value of the underlying asset (cryptocurrency) and investing it back into the market. I have to admit that I had never heard of anything similar. In standard economic thinking, leverage of 12x was considered extreme. That “rule of thumb” was shattered in the crypto markets.

Now, the situation is a bit similar but different. Leverage used in the crypto market has most likely fallen from the previous extremes, but now the ‘Ponzi schemes’ are starting to reveal themselves in the crypto markets. Some crypto exchanges seem to have used the money invested there to speculate on assets or to other suspicious activities.

To top of it all, the now defunct FTX Exchange released a note on Saturday stating that it had been hacked and hundreds of millions of dollars removed from its accounts. So, the situation with FTX Exchange looks like fraud. It has also been rumored to have dubious connections to the Democratic Party, but that may just be a political gimmick. 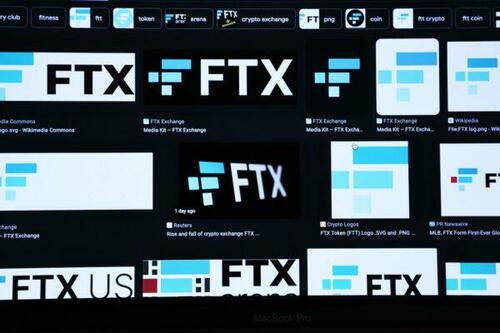 I and the company I am running, GnS Economics, have warned about the instability of cryptocurrencies for some years. In a special report published in June 2021, we concluded that:

“While the technology itself is promising and even “revolutionary”, its application alone does not add a tremendous amount of value. Nobody owns blockchain technology and anyone can make a new cryptocurrency, and many have done just that. While artificial scarcity is induced by design for particular cryptocurrencies, there is no limit to the potential number of different cryptocurrencies. As a result, new competing cryptocurrencies are popping up with no end in sight. Which—if any—will survive in the medium or long run?”

When the current carnage in the crypto markets is over, and the dust settles, they are likely to face another existential threat from central banks and governments who want to control money. They may try to regulate the cryptocurrencies that survive the crash to death. Cryptocurrencies have thus, most likely, entered a battle from which only few will survive.

However, I don’t consider the all-but-necessary reshuffling of the cryptocurrency scene as the main foretelling of the current crypto carnage. This is because the collapse of the crypto scene implies that speculation and leverage are being pulled from the financial system, starting from the most-speculative end, i.e., the crypto market.

There are three reasons for this: monetary tightening by the central banks, approaching recession, and the coming winter in Europe.

The last time central banks tried to diminish their global balance sheet, first asset and credit markets nearly crashed (in the turn of 2018/2019), and then the repurchase or repo markets imploded (September 2019). This event ended the global quantitative tightening. Now the central banks are trying to diminish their balance sheets from a much higher level. I wish them the best of luck, but I fear the worst. 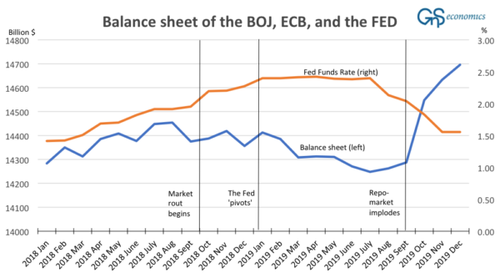 A figure presenting the combined balance sheet of the Bank of Japan, European Central Bank, the Federal Reserve, the Fed Funds rate, and the major market events from Jan. 2018 to Dec. 2019. (GnS Economics, BoJ, ECB, Fed) 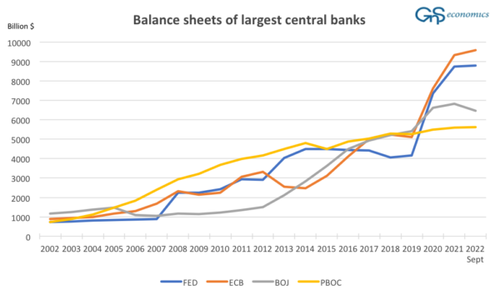 A figure of the balance sheets of the Bank of Japan, European Central Bank, the Federal Reserve, and the Peoples Bank of China in U.S. dollars. (GnS Economics, BoJ, ECB, Fed, PBoC)

I have been warning about the approaching recession for months. The European Commission now expects the Eurozone to fall into recession by the year-end, and it appears recession is also finally reaching the United States. Recently, FedEx, the global logistic giant, announced it would start furloughing the workforce due to “current business conditions impacting volumes.” There probably cannot be a clearer sign of impending recession that a logistics company announcing workforce diminution during the main holiday season of the year.

According to the forecasts, winter will arrive in Europe (it has been long overdue) this week. It will most likely lead to another spike in energy prices and, in the worst case, to rolling blackouts or even energy lockdowns down the line. An energy crisis is likely (it has already) hit the industrial mainland of Europe, Germany, hard and it will continue to reverberate across our continent.

It is questionable will the financial sector be able to handle yet another series of shocks just three months apart. My fear is that the hit may start the next stage of the economic collapse that began already in 2020.

The fact is that the global financial sector is in dire straits, which is visible when one analyzes the sources of global liquidity (credit). I will return to these issues in more detail in my following posts.

In the meantime, I am urging everyone to continue preparing for the winter, which may be the darkest we have seen for a very long time.