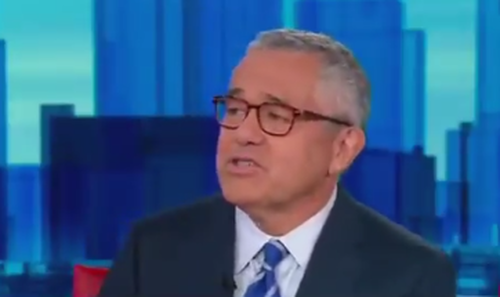 Hilariously, he had to sit there as CNN host Alisyn Camerota rang the shame bell behind him – then explain his side of it.

Toobin acknowledged that he had been “deeply moronic,” and his actions were “indefensible,” adding that he’s spent the last seven “miserable months” trying to be a better person, “in therapy, trying to do some public service, working at a food bank, working on a new book…”

Good to know what it takes to compel Toobin to engage in charitable acts. We can only hope he washed his hands before dealing with people’s food.

Jake Tapper: I will not allow dishonorable liars on my show. This show is a bastion of journalistic integrity and impeccable ethical merit. We have standards here and I will personally not abide charlatans defiling any sacred standard or seat on my show

In honor of Toobin re-emerging back onto the stage. pic.twitter.com/fQYi5QnFDl