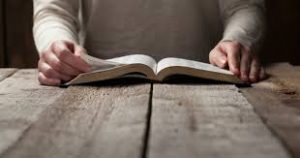 People often become discouraged, especially of discussions found on social media about the Bible.  The presence of thousands of denominations and other religious sects only serves the magnify the various areas of disagreement and confusion as to the message and meaning of the Scriptures.  Having a Biblical understanding of Fulfillment as it pertains to God’s “purpose of the ages” (Eph. 3:11) provides the proper foundation through which other areas of theological conflict may be resolved.

Every religious creed, council, and confession claims its faithfulness to what is found in the Bible.  It was Augustine (354-430 CE) in his early treatise On Faith and the Creed who made this observation:

“…we make our own the profession of the faith that we carry in our heart…We have the catholic faith in the creed, known to the faithful and committed to memory, contained in a form of expression as concise as has been rendered admissible by the circumstances…” [1]

Millions of believers since the first century have devised their own sincere “profession of the faith” to the degree in which it was then understood, but shaped and influenced within the historical “circumstances” of their own day.  There is no doubt that Augustine was both sincere and honest in his own “profession of the faith” as he understood it, but suppose his own historical perspective was inaccurate?  Is it not possible that a skewed historical perspective of the message and meaning of Scripture was simply accepted as “tradition” and then passed along generation after generation?  Jesus, during His earthly ministry, warned:  “Why do you also transgress the commandment of God by your tradition?…This people draws near to Me with their mouth and honors Me with their lips, but their heart is far from Me.  But in vain they worship Me, teaching for doctrines the commandments of men” (Matt. 15:3, 8, 9).  Having the proper framework for understanding the time, manner, and purpose of what was recorded in the Scriptures is vital to accepting the historical perspective that flows from Genesis to Revelation.

More is necessary than mere “tradition” or the testimony of creeds, councils, and confessions for those today who study the Bible in order to ascertain the truth of its message and meaning.  One author makes this observation:

The Bible can be read, understood, believed, and practiced if there is the heart and the will to do so. It is encouraging to see signs of renewed interest in hermeneutics, and a commitment to scripture rather than to traditions in the search for fundamental guidelines in biblical exegesis. From the close of the apostolic period, each new generation has had to deal with questions and problems pertaining to the interpretation of scripture. This always will be the case and should be.  Faith never must be turned into an inheritance, but ever remain a personal conviction and understanding of truth through constant, diligent study. The complexity and perplexity of any given subject is reduced proportionately to the measure of study that is applied. Herein lies the solution for achieving unity within the perimeters of truth. There is substance to the saying, “when all else fails, read the instructions.” [2]

It was the promise of Jesus to those who believed, “If you continue in My Word, you are My disciples indeed.  And you shall know the truth, and the truth shall make you free” (John 8:31, 32).  The invitation of the “gospel of Christ” (Rom. 1:16) was given so that those to accepted the message would “come to the knowledge of the truth” (I Tim. 2:4).  Unfortunately, even during the first century, the apostle Paul identified some who were “ever learning and never able to come to the full knowledge of the truth” (II Tim. 3:7).  In order to “come to the knowledge of the truth,” there must be the desire and the willingness of heart to lay aside our previous concepts and ideas and approach the Bible with fresh eyes having the determination to accept whatever the Scriptures actually teach when seen within the context in which they were written.  Thomas B. Warren, in his book Logic and the Bible, discusses the importance of the “total context” in order to ascertain the meaning of Scripture:

In order to properly interpret the Bible, one must both recognize (understand) and honor (by using it correctly) the law of rationality, which says that one should draw only such conclusions as are warranted by the evidence.  This involves a careful gathering of the evidence which is relevant to a particular problem, recognizing that the evidence involves both the “immediate context” (what comes just before and just after the statement which is under consideration) and the “remote context” (whatever else the entire Bible has to say that is truly relevant to the problem under consideration.  Then, having determined the material which comprises both the “immediate context” and the “remote context,” one must recognize that composite as the “total context.”  Then, having determined the “total context” (recognizing that to be the total evidence), one must then correctly handle that evidence.  This means that, recognizing the law of rationality (and thus, drawing only such conclusions as are warranted by the evidence, one will use the laws of logic (the principles of valid reasoning) in order to ascertain when conclusions are warranted and when they are not warranted. [3]

Since “For God is not the author of confusion” (I Cor. 14:33), using the “law of rationality” in “drawing only such conclusions as are warranted by the evidence” is a valid principle that guides our understanding and acceptance of what God said through the agency of Divine Inspiration (II Tim. 3:16, 17).  The fresh eyes one now brings to the text leads to an intimate and accurate “knowledge of the truth” (I Tim. 2:4).  One writer observes:

Any method of interpretation is dangerous if it perverts the true meaning of scripture, and of course the ultimate test as to whether the true meaning of scripture has been ascertained, will be in the field of harmony and consistency.  Any principle of interpretation that fails to advance harmony of thought and purpose in every related field of study must be considered as false.  God’s eternal purpose is so constituted and unfolded in the scriptures, that the only right method of interpretation can be advanced entirely free of contradiction, inconsistency, or disharmony.  The right method will not only meet the demands of the immediate scripture or context, but also of every related scripture or context. [4]

OBSTACLES TO UNDERSTANDING THE BIBLE

There are many obstacles to understanding the message and meaning of Scripture:

PRINCIPLES FOR UNDERSTANDING THE BIBLE

There are many principles that help in our understanding of the Scriptures: 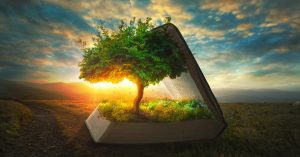 The purpose of this short article was not to provide either a detailed or comprehensive presentation of how to understand the Bible but to provide the means for personal reflection in order to ponder where we might be in our own personal journey.  Unfortunately, social media has served to widen the distance between some honest and sincere people whose desire to understand or to teach from the Scriptures is tarnished or sacrificed upon the altar of pride or feeling the need to somehow “prove” the level of intellectual insight over and above someone else whose viewpoint differs from our own.  In the quietness of our personal moments of prayer and Bible study may we allow God to reach deep within us and to change and transform our lives from the inside.

View all posts by Larry Siegle →