As concerns about the threat posed by the “Delta” variant, a mutant strain of COVID-19 first discovered in India that’s believed to be much more dangerous than rival strains, intensify, Israeli health officials have just been given the authority to quarantine pretty much anybody who is exposed to “Delta”, even if the individual is already fully vaccinated, Reuters reports.

The heavy-handed decision comes after a warning by new Israeli Prime Minister Naftali Bennett on Tuesday over new outbreaks caused by “Delta” . Bennett complained that daily infections have been rising again in Israel after weeks of a low plateau credited to the country’s record mass-vaccination drive. 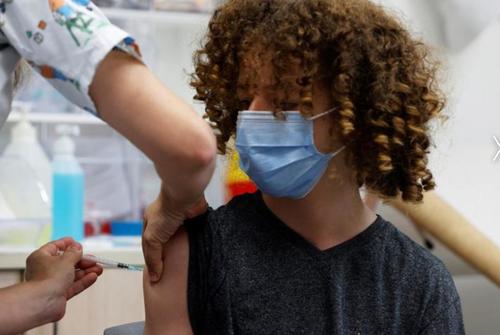 Under the updated Health Ministry directive, vaccinated or formerly infected people can be ordered to self-isolate for up to 14 days if authorities suspect they may have passed in “close contact with a carrier of a dangerous virus variant.”

This could include having been passengers on the same plane, the ministry said, a possible dampener on Israel’s gradual opening of its borders to vaccinated summer tourists.

Addressing the Knesset (Israel’s parliament), Health Minister Nitzan Horowitz said fines of “thousands of shekels” might be levied against Israeli citizens or residents who travel to countries blacklisted as high COVID-19 risks.

On June 16, the Health Ministry listed Argentina, Brazil, South Africa, India, Mexico and Russia as off-limits to Israeli citizens or residents unless they receive special permission.

Some 55% of Israel’s 9.3MM population have received both doses of the Pfizer-BioNTech vaccine, and a steep drop in cases had prompted most economic restrictions to be lifted. But just days earlier, Israel announced plans to start vaccinating teenagers between the ages of 12 and 15.

Offering an example of how different countries are handling the potential threat posed by the “Delta” variant, analysts at Rabobank pointed out that the UK has a far larger presence of the Delta variant, but that hasn’t stopped it from allowing everyone to travel internationally from August; and Thailand, where COVID variants are also spreading, is opening up to tourism starting July 1 (in Phuket) and nationally beginning in October.

Meanwhile, Israel, which became the first developed nation in the world to vaccinate its population using mostly Pfizer doses, has already reinstated its mask rules after briefly removing them last week.