A California student was given the coronavirus vaccine without parental permission even though he was only 13, according to the student’s mother.

A woman identified as Maribel Duarte has a son who is a student at the Barack Obama Global Prep Academy, a public school in south Los Angeles, according to KNBC-TV.

The boy recently came home with his vaccination card, having agreed to be vaccinated when the offer of pizza in exchange for the shot was laid before him, the station reported.

Duarte said the school knew it was doing something wrong.

“The lady that gave him the shot and signed the paper was the one that told my son, ‘Please do not say anything. I don’t want to get in trouble,’” Duarte told KNBC.

See the report below:

The Los Angeles Unified School District told the station it would not discuss individual student cases, but noted its incentive program has multiple steps before vaccinated students get a prize.

The school district has a mandate that all children age 12 and above get vaccinated by Jan. 10, KNBC reported.

“With the Jan. 10, 2022, student vaccination deadline approaching, the District introduced the Safe Schools to Safe Steps Incentive Program throughout Los Angeles Unified Schools,” a district representative said in a statement, according to the Daily Caller. “This program offers incentives to families who upload proof of their vaccine, have an approved medical exemption, or have conditional admissions.”

Duarte, who said she is vaccinated, told KNBC her son has health issues that make the vaccine a concern for her.

“He has problems with asthma and allergy problems,” she said.

“It hurt to know that he got a shot without my permission, without me even knowing or signing any papers for him to get the shot,” Duarte said.

According to the KNBC report, a school administrator approached a reporter on campus to dispute the woman’s allegations and said “he told us he believes, more often than not, parents will lie about the whole vaccine issue.”

“The LAUSD does not have the power to add a vaccine shot to the California school schedule,” she said.

“You couldn’t do it if you were a podunk school district, and you can’t do it even if you’re LA Unified, the second-biggest in the nation. You don’t have that legal authority,” she said.

TRENDING: How I beat COVID in 48 hours with ivermectin

“These grotesque contests and displays of treatment, and candy and gifts and favors, raffles and cash prizes inducing the kids to get the vaccination,” Kennedy told KNBC. “But here’s the problem. Kids in California cannot consent to vaccination.”

Kennedy said vaccine mandates in schools have been a mistake.

“Even the existence of the mandates in the schools has created these environments of pressure and bullying, segregation, discrimination and accidental vaccination of kids without parental consent,” she said. 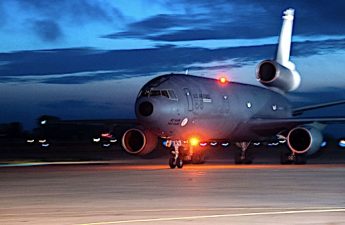