Global Breadth Signals Major Double-Top For Stocks, Here’s What Levels To Watch For Next

The S&P 500 is down five straight weeks… it can’t fall again right? This must be a buying opportunity right?

Unfortunately, the data says the S&P can still continue to struggle even after weeks of failure.

As BofA’s Stephen Suttmeier writes in his latest note, this is the 41st time – going back to 1928 – that stocks have suffered a 5-week losing-streak.

This scenario shows more robust SPX forward returns for the following week but much less vigorous returns going out two weeks to 52-weeks after the signal. The 8-, 13- and 26-week periods show negative average and median returns after the SPX is down for five  weeks in a row. 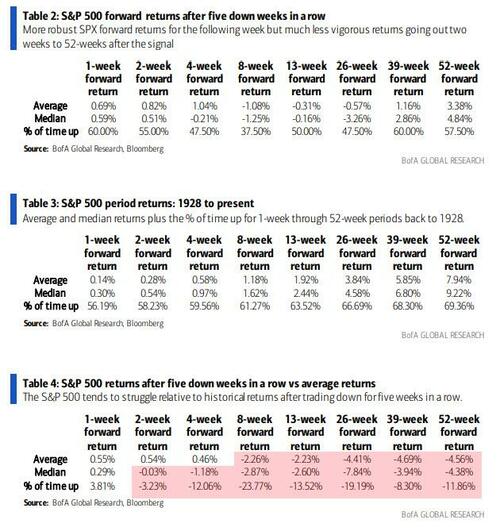 This confirms the seasonality risk for 2Q and 3Q during the midterm year of Presidential Cycle.

On an even longer-term basis, the weekly global A-D line of 73 country indices may have double topped within a mature bullish cycle… 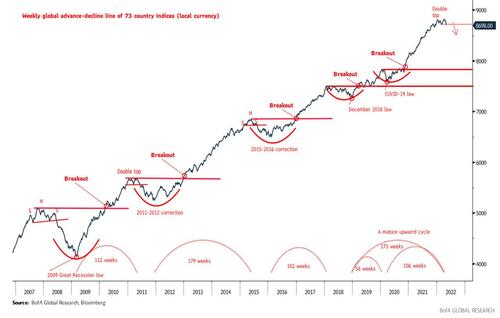 Strongly suggesting more downside. So what are the levels to watch for the S&P 500 in the short-term? 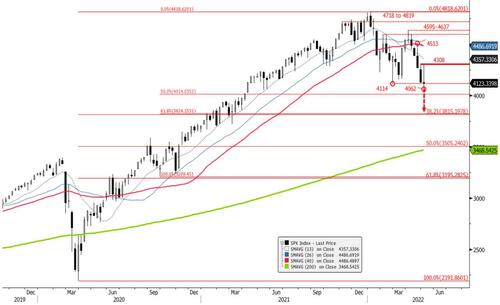 As Suttmeier noted earlier in the week, with the S&P below first resistance at 4308, the risk is for a deeper decline to longer-term retracements levels from 4014 to 3824-3815. A drop into the 3800s would be consistent with the average and median midterm election year drawdowns for the SPX. 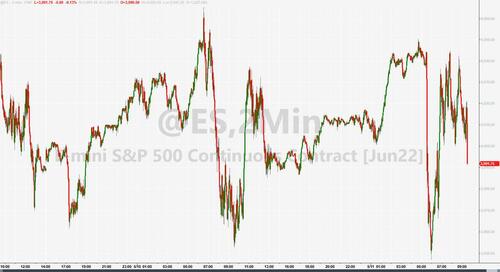