The head of what has been dubbed the Biden administration’s ‘Ministry of Truth’ previously compared free speech to “fairy dust” during testimony about social media censorship in front of the UK Parliament. 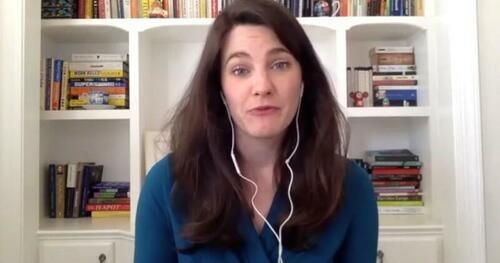 Nina Jankowicz, recently appointed DHS ‘disinformation czar,’ made the comments while providing oral evidence regarding the implementation of the UK’s controversial Online Safety Bill, which will ban legal content which has “the potential to cause harm.”

She also said that government-connected communications regulators such as Ofcom should “be able to establish the minimum standards that would be applied to all platforms and incur fines.”

“That could be based, again, on the preexisting terms of service,” she added.

“The social media platforms can do that if they are compelled to,” she said.

Jankowicz also asserted that social media platforms should utilize algorithms that would “allow us to get around some of the free speech concerns” by demoting content so few people saw it.

“You can shout in the black void, but you do not get a huge audience to do that,” she stated.

The comments are in line with previously statements made by Jankowicz when she revealed that free speech made her “shudder” while also promoting the lie that the Hunter Biden laptop story was Russian disinformation.

The disinformation czar also ludicrously cited Christopher Steele as an expert on disinformation. Steele was the author of the infamous Clinton campaign-funded Trump ‘peegate’ dossier’ that turned out to be an actual product of disinformation.

As we previously highlighted, Jankowicz previously demanded that “trustworthy verified people” like her be given the power to edit other people’s tweets, making Twitter more like Wikipedia.

In the age of mass Silicon Valley censorship It is crucial that we stay in touch. I need you to sign up for my free newsletter here. Support my sponsor – Turbo Force – a supercharged boost of clean energy without the comedown. et early access, exclusive content and behinds the scenes stuff by following me on Locals.