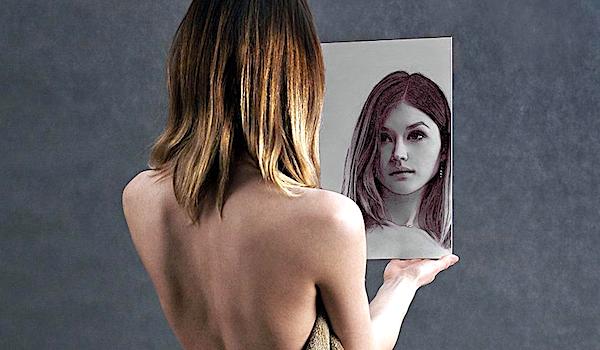 (Image by Jerzy Górecki from Pixabay)

A prominent health-care system in Tennessee is being blasted by the chief of a nonprofit that works on behalf of children for removing parents’ rights to access the medical records of their children when they reach the age of 13.

Landon Starbuck, chief of the Freedom Forever organization, has written at The Federalist that it is Vanderbilt Health that is “gender-bending Tennessee minors without parental consent.”

She explains children, when they reach 13, “can hide their health records and schedule private appointments with doctors who can begin the process of gender transition.”

“It appears that destructive California policies have officially made their way to Tennessee,” she explained.

“We discovered that Vanderbilt Health started implementing what parents have called a ‘mature minor’ doctrine starting in 2021. Parents told us this policy allows minors, starting at age 13, to effectively take full control of their medical decisions while keeping parents in the dark,” Starbuck explained.

The health care corporation has posted signs warning, “Parents of Pre-Teens Be Aware” which is followed by, “When your 12-year-old turns 13 you will lose access to your My Vanderbilt account. You and your teen must present yourself to the front desk with your ID and fill out a MHAV 13-17 Form to retain access.”

The report explained, “So-called ‘mature minor’ doctrines around the country have led to dangerous drugs being prescribed without parents knowing about it and even procedures being performed without their knowledge.”

Vanderbilt Health did not respond to a request for comment, she noted.

But she explained, “When the parent-child connection is usurped by a higher authority injecting a new power dynamic, families experience devastating effects and all of this is happening during one of the most critical times in their child’s development. Parents bring their children in for care, and it quickly becomes evident that their involvement as the parent is not valued or necessary in the eyes of the medical establishment. This hierarchal attitude of subverting the parent’s authority, met with the hyper-fluctuating hormones of a teenager and sprinkled with gender theory confusion, makes a cocktail for family division and future, pervasive mental-health struggles for the child.”

She said her nonprofit has heard from many parents on the issue.

“One thing all these parents have in common is the fear of retribution from politically motivated medical professionals and/or being denied health care access for their children if they speak out. If you fear your system of health care, is that truly an ethical medical system?” she wrote.

Incidentally, the report explained, the parents still “pay the bills.”

One of the unanswered questions was how “Vanderbilt could lawfully transfer care from adult to minor without cause.”

Ironically, she noted, “In Tennessee, a child can’t get their ears pierced without their birth certificate and a parent present giving consent yet we allow them to assume responsibility for all of their medical care?”

But she explained the appearance of what’s going on: “There are hundreds of pediatric gender clinics in North America according to The Gender Mapping Project, where children as young as 13 are being given surgical referrals. The lack of transparency, the obvious enticement, and the incentives being used to find ‘new patients’ are both unethical and immoral. From promoting services to kids at local Pride events or even appointing special advocates that they match minors up with, it’s clear the medical establishment is working alongside an embedded political agenda.”

The warning about Vanderbilt Health comes just as the Washington Examiner was reporting another warning, from a 17-year-old girl who transitioned, and is now de-transitioning.

“No child should have to experience what I have.,” explained Chloe Cole, from California.

“Do not transition your kids,” she told parents.

“At 14, Cole began going by the name of Leo and taking puberty blockers, along with testosterone injections that were given by her mother. She is unsure if she will be able to have children as a result,” the report explained.

“I was unknowingly physically cutting off my true self from my body, irreversibly and painfully,” Cole said.

She explained her double mastectomy means if she is able to have children, she never can breastfeed.

“That realization, actually, was one of the biggest things that led to me realizing that this was not the path that I should have taken,” she said.

And she confirmed she could be at risk of having certain types of cancer as a result of the invasive procedures.

Experts on the controversial agenda that feeds kids chemicals – then often imposes body-mutilating surgeries – have been warning that a massive regret wave eventually will confront America from those who tried to make a change from male or female – or vice versa – and found out that it was an impossible agenda.

Florida doesn’t support the medicalization of minors with GD because the benefits are unproven, and the risks are extraordinarily high.

Chloe was treated with puberty blockers and testosterone at the age of 13. @ChoooCole was courageous enough to share her story with us. pic.twitter.com/vL8SF5BH0o