Authored by Kyle Shideler via The American Mind (emphasis ours),

Since the beginning of the Russian invasion of Ukraine, the phrase “national interest” has become something of a blasphemy. Certain thinkers in the “realist” school of foreign policy analysis have drawn social media ire for articulating the interests which might motivate Russia’s invasion of the Ukraine or questioning whether the United States has a significant interest in intervening there. 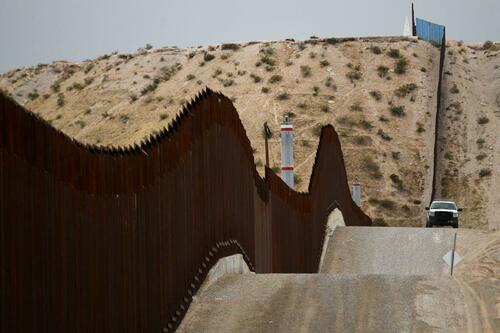 Increasingly in our censorious modern world, any attempt to understand the behavior of an actor (in this case Russia) is treated as a de facto endorsement of that actor’s behavior. This is not a new development. During the Global War on Terror those of us who tried to articulate the ideological framework within which jihadists operated were accused of believing the same things as the terrorists themselves.

But to recognize that Russia has long opposed the expansion of Western power into its near abroad is not the same as defending its security claims. And recognizing the Russian demand in no way denies Ukraine’s own interest in preventing itself from being dominated by its larger neighbor. To recognize the interests of one nation is not to deny the interests of another, nor does it make a moral claim as to which set of interests are “right” or “wrong.”

Understanding the interests of other nations may be easier if we first understand our own. How do we as Americans figure out where our own interests lie? And among our interests, how do we determine which are most important?

Begin at the beginning

To have a national interest at all one must first have a nation, defined as a people within a territory, under a single government.

The first and most paramount national interest is preserving the security and safety of the people who make up the nation. This means both protecting them from threats from without by means of invasion, as well as protecting them from within from civil conflict and upheaval. It also means preserving the way of life, beliefs, and distinctiveness of a people. For Americans, that distinctiveness is based, in part, upon shared principles, articulated in our Declaration of Independence and forged in the fire of the revolution fought to secure them. But it is also grounded in the shared co-habitation and history together in this land, liberated by that revolution.

Failing to maintain this distinctiveness can break down what it means to be a people at all. The result can be factiousness, strife, and even civil war, a threat that the country’s founders well understood.

George Washington’s Farewell Address is best-known for its admonishment against entangling foreign alliances but in it he warns against the spread of factionalism, and the excessive love or hatred towards other nations which often breeds it. Washington wrote:

Excessive partiality for one foreign nation and excessive dislike of another cause those whom they actuate to see danger only on one side and serve to veil and even second the arts of influence on the other. Real patriots, who may resist the intrigues of the favorite, are liable to become suspected and odious, while its tools and dupes usurp the applause and confidence of the people to surrender their interests.

We now live in a period where some Americans, who would not be caught dead flying Old Glory, are displaying the flags of countries they cannot even find on a map, while accusing fellow citizens who hesitate to take a side in a distant conflict of being agents in the service of a foreign power.

George Washington’s gentle reprove ought to ring urgently in our ears. There is no interest abroad so vital that it is worth destroying what remains of the bonds of civil friendship at home.

What is nearest is dearest

Safety and security for the people requires a nation to be able to hold its territory sovereign. Therefore, upholding national boundaries and ensuring that borders are defensible and intact is a primary interest.  Because all nations have people and territory, they hold these interests in common. But not all countries are the same. Some are large, and others are small; some have the misfortune to be located next to larger and more powerful neighbors. It is these geopolitical realities which shape a nation’s secondary interests, which are peculiar to that nation, but are still based upon their primary interests for a secure people and territory.

In the case of the United States, we are a continental nation with only two land borders which, once finalized, have been historically peaceful.  This in turn means that ensuring that our neighbors remain stable and peaceable and preventing disruptions or chaos among our neighbors is within our interests.

That order has largely broken down in Mexico, where narco- and human-trafficking cartels corrupt the national Mexican government, control swathes of territory, and openly engage our own border patrol with military weapons. Our sovereignty is routinely violated, and our borders unsecured to the point that border states have declared the ongoing crisis “an invasion.”

To our North, a border safe and settled since 1846, the Canadians are embroiled in a political dispute over COVID-19 lockdowns that saw the invocation of their version of martial law and led to protests and blockages along our own border. While unlikely to go the way of our southern border, as a neighbor Canada is more restive than any time in modern memory.

Besides the borders, the United States possesses two very long coastlines and is separated from other significant historical powers by large oceans. We thus have an interest in maintaining the distance and separation those oceans provide, by preventing outside powers from developing a foothold in the Western hemisphere. As President James Monroe articulated in the doctrine that bears his name:

We owe it, therefore, to candor and to the amicable relations existing between the United States and those powers to declare that we should consider any attempt on their part to extend their system to any portion of this hemisphere as dangerous to our peace and safety. With the existing colonies or dependencies of any European power we have not interfered and shall not interfere, but with the Governments who have declared their independence and maintained it, and whose independence we have, on great consideration and on just principles, acknowledged, we could not view any interposition for the purpose of oppressing them, or controlling in any other manner their destiny, by any European power in any other light than as the manifestation of an unfriendly disposition toward the United States.

The U.S. has woefully neglected its own hemisphere—one of its oldest articulated national interests—for decades. Chinese strategic interests in Central America have risen sharply, with nearly 20 Latin American countries participating in the Chinese “Belt and Road initiative.” Russia has deployed air defense systems, and has even conducted training exercises with nuclear weapons-capable bombers, in Venezuela. Following the outbreak of the Ukraine crisis, Russia threatened to deploy troops and weapons to Latin America, bringing back the specter of the Cuban Missile Crisis.

This does not mean (as Monroe notes) that America has an interest in overthrowing every Latin American country whose regime is not favorable to our own, but it does mean deterring great powers abroad from meddling in the Western hemisphere and attempting to assert their power over our southern neighbors.

Note also that while we may bear some affection for the independence and republican form of government possessed by (most of) our Latin neighbors, our commitment to prevent interference in the hemisphere is grounded not in their rights, but in our interests.

It is these primary national interests, and secondary interests shaped by geographic realities, from which we derive the rest of our national interests. Our desire to ensure freedom of navigation, a long stated American interest, is grounded in our long coastlines and distance from the other continents. We rely upon shipping to engage in commerce with the rest of the world to make our people and country prosperous (and prosperity is to be valued for maintaining the security of the people).

In large part these interests were acquired following the collapse of the British Empire, which also had an interest in securing these global conditions As a result, the early Republic was not forced to exercise as much effort to enjoy the benefits, provided it maintained a policy of not meddling in internal European struggles.

New technologies also impact our interests, particularly the rise of nuclear weapons and ICBMs, which reduce the value of oceanic distance and gives us an interest in preventing the spread of nuclear weapons and ensuring that those nations which already possess them are stable and deterred from threatening us.

At this tertiary level, it becomes easy to extrapolate additional interests and even to have interests which may conflict. For example, when does our interest in preventing the rise of a continental European power outweigh our interest in avoiding European entanglements?

This is where prudence—the ability to weigh the benefits and costs of pursuing a given course, which in turn requires a solid understanding of both adversaries and ourselves—is required. Is our nation strong or weak at this moment? Are we as a people united or divided? Are we successfully managing other more vital interests?  We may well decide that securing an interest requires fighting and winning a war. But it is never in our interest to lose one.

We would do well to remember John Quincy Adam’s axiom about America’s interests:

Wherever the standard of freedom and independence has been or shall be unfurled, there will her heart, her benedictions and her prayers be. But she goes not abroad in search of monsters to destroy.

The further we get away from the nation’s primary interests, the harder it becomes to distinguish between what is in our country’s interest and what is not. The further away from your own borders you go, the easier it is to find yourself at the place on the map where it says, “here be monsters.”

Kyle Shideler is the director and senior analyst for homeland security and counterterrorism at the Center for Security Policy.