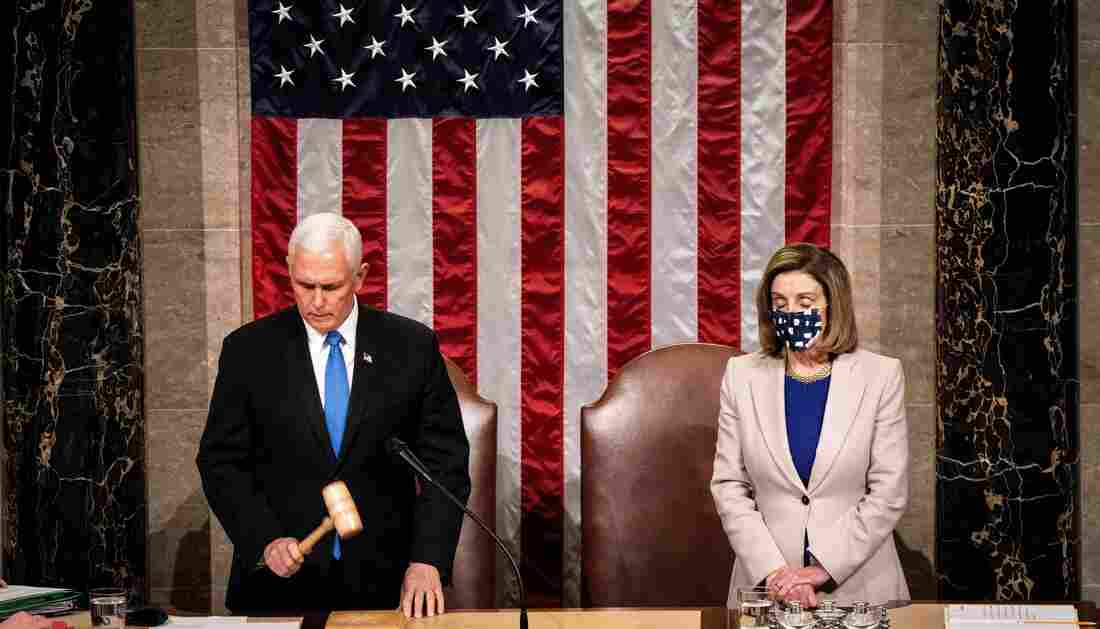 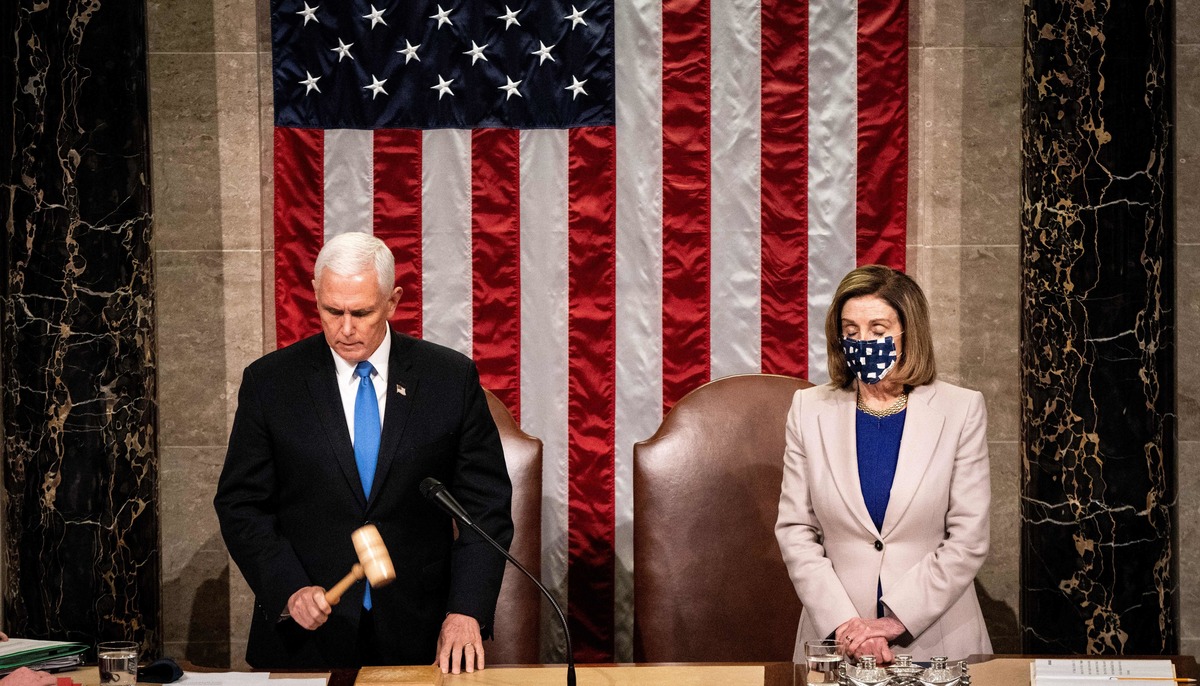 Then-Vice President Mike Pence and House Speaker Nancy Pelosi preside over a joint session of Congress on Jan. 6 to certify the 2020 Electoral College results after a pro-Trump mob stormed the Capitol earlier that day.

It’s hard to make an intellectual argument in favor of the Electoral College. Most people feel that the person who gets the most votes should become president.

After all, that’s how we run every other election in this country, says Jesse Wegman, the author of Let the People Pick the President.

“If anything, representative democracy in the 21st century is about political equality. It’s about one person, one vote — everybody’s vote counting equally,” he said. “You’re not going to convince a majority of Americans that that’s not how you should do it.”

Another way the Electoral College is unfair, says Harvard University political scientist Gautam Mukunda, is that each state gets electors based on its representation in the House and Senate, which means small states get extra votes.

“The fact that in presidential elections people in Wyoming have roughly 44 times the power of people in California is antithetical at the most basic level to what we say we stand for as a democracy,” he said.

But Brad Smith, who used to be on the Federal Election Commission, disagrees.

Sure, the election may be decided by just a handful of states — swing states that can shift red or blue. But Smith, a Republican, says the battleground is diverse.

And Smith points out that for most of American history, the Electoral College amplified the popular vote, rather than contradicting it.

“Our calculus might change if pretty much every single election, you know, the person who won the most popular votes wasn’t winning,” he said.

The problem is that twice since 2000, the person with the most votes didn’t win. Both times — in 2000 and 2016 — it was the Republican candidate who got fewer votes but ended up in the White House.

And even when that doesn’t happen, Wegman sees another problem with the Electoral College system.

“In 2020, despite the 7 million-vote victory that Joe Biden won in the popular vote, people overlook the fact that 45,000 votes switch in the three key battleground states, and you’re looking at a second term of Donald Trump,” he said. “I mean, the fact that you could have the entire outcome of the election ride on 45,000 votes in three random states is, you know, just a huge, glaring vulnerability for any republic.”

That means the Electoral College puts a magnifying glass on just a few states that could have tremendous control over presidential elections.

“The Electoral College does mean a small number of states have undue weight in the outcome of our elections and that smaller manipulations can have broad national consequences,” said Wendy Weiser, vice president for democracy at New York University’s Brennan Center for Justice, which advocates for expanded ballot access.

What she means by manipulations are the efforts by Republicans to change election laws in their favor.

“Vote suppression is one way of doing that — subtracting voters from the electorate who you think won’t vote for your preferred candidates,” she said. “But this new trend of actually taking over the machinery of elections and giving themselves the power to run things or make decisions or count the votes is another way of doing this.”

Republican state lawmakers in places like Georgia and Texas have advanced bills that would give new powers to legislatures to fire election officials and overturn elections.

Democrats don’t have the votes in the states or in Congress to stop these laws, so Democrats are trying to build public pressure against them. Republicans say their goal is to fight future election fraud. The 2020 election was declared the most secure ever, but Trump continues to push the lie that the election was stolen from him.

On the other hand, Republicans don’t have to convince the public. They have the votes to pass ballot restrictions, and in some cases they have never held public hearings.

And for Republicans, the system, with all its minoritarian features — the Electoral College, the U.S. Senate, the filibuster, partisan gerrymandering — is, at least for now, working in their favor. But maybe it’s not good for democracy when one party doesn’t have to try to win the most votes in a presidential election.

A warning from Republicans

Smith says this is something fellow Republicans should consider.

“They keep losing the aggregated popular vote,” he said. “Republicans aren’t getting enough votes, and that’s why they’re losing most presidential elections. And, you know, they need to think about, how do we appeal to more people?”

In the runup to the Jan. 6 insurrection at the Capitol, 12 House Republicans issued an extraordinary statement that warned about the demise of the Electoral College.

“Republican presidential candidates have won the national popular vote only once in the last 32 years,” it stated. The signers then implored their colleagues not to vote to reject the electors from battleground states, as Trump was asking them to do.

“Even looking at it from a narrow partisan lens, this process or that objection was potentially imperiling the Electoral College,” said Michigan Rep. Peter Meijer, one of the Republicans who signed the letter.

And that would be a bad thing for Republicans, because they depend on the Electoral College. As the statement said: “We will be delegitimizing the very system that led Donald Trump to victory in 2016, and that could provide the only path to victory in 2024.”