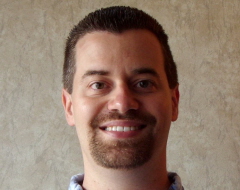 Matthew 23, Revelation 6, and Josephus: Hide Us from the Wrath of the Lamb

One can gain a lot of insight by comparing Scripture with Scripture, or letting Scripture interpret Scripture. Consider John’s description of the opening of the 6th seal judgment, Revelation 6:15-17 in particular:

I looked when He opened the sixth seal, and behold, there was a great earthquake; and the sun became black as sackcloth of hair, and the moon became like blood. And the stars of heaven fell to the earth, as a fig tree drops its late figs when it is shaken by a mighty wind. Then the sky receded as a scroll when it is rolled up, and every mountain and island was moved out of its place. And the kings of the earth, the great men, the rich men, the commanders, the mighty men, every slave and every free man, hid themselves in the caves and in the rocks of the mountains, and said to the mountains and rocks, “Fall on us and hide us from the face of Him who sits on the throne and from the wrath of the Lamb! For the great day of His wrath has come, and who is able to stand?” (Rev. 6:12-17)

Comparing these verses with an earlier prophecy by Jesus in Luke 23:27-30 is very enlightening:

And a great multitude of the people followed Him, and women who also mourned and lamented Him. But Jesus, turning to them, said, “Daughters of Jerusalem, do not weep for Me, but weep for yourselves and for your children. For indeed the days are coming in which they will say, ‘Blessed are the barren, wombs that never bore, and breasts which never nursed!’ Then they will begin ‘to say to the mountains, “Fall on us!” and to the hills, “Cover us!”

In Luke 23, Jesus foretold what would happen to His own people, and to His own generation. In Revelation 6, John saw a vision of the same scene playing out during the great day of the Lord’s wrath. This was not to be a global event, nor was it to occur thousands of years later. It would, and did, occur in the same place where Jesus walked and lived, and upon His own generation which largely rejected Him.

The same prophecy was once given by the prophet Hosea concerning Israel:

“Also the high places of Aven, the sin of Israel, shall be destroyed. The thorn and thistle shall grow on their altars, and they shall say to the mountains, “Cover us!”, and to the hills, “Fall on us!” (Hosea 10:8).

This is one of many indications in the book of Revelation that the judgments were directed at apostate Israel and the “evil”, “wicked”, “faithless,” and “vile” generation that Jesus often spoke against.

The Significance of “The Kings of the Earth”

Revelation 6:15 speaks of “the kings of the earth.” Note that the Greek word for “earth” here (“ge”) can be, and sometimes is, translated as “land.” This can be understood as the Promised Land, i.e. Israel, and there is no doubt that this is the meaning in Luke 21:23, for example, where this same word is used:

“But when you see Jerusalem surrounded by armies, then know that its desolation is near. Then let those who are in Judea flee to the mountains… But woe to those who are pregnant and to those who are nursing babies in those days! For there will be great distress in the land and wrath upon this people” (Luke 21:20-23).

The expression “those who dwell on the earth” occurs frequently in the book of Revelation, and ample evidence points to this being a unique reference to first century Israel, as outlined in this 3-part series (here, here, and here).

“The best commentary on the present passage is found in our Lord’s words to the ‘daughters of Jerusalem’ on the Via Dolorosa (Lk. 23:30).”

On July 31, 70 AD, after a five month siege, the Romans succeeded in penetrating the final wall around Jerusalem and burned the temple to the ground. Tens of thousands of Jews were killed, but the surviving Jews retreated to the Upper City of Jerusalem, where Josephus says that many continued to plunder, ambush, and assault their fellow Jews. The victims were too weakened by famine to resist, and quite a few were killed senselessly. Josephus tried to persuade them to surrender to the Romans and spare what was left of the city, but he was only laughed at. Josephus records that some put on happy faces “in expectation, as they said, of death to end their miseries.” Many Jews sought refuge in the caves and underground caverns, hoping to remain hidden once the Romans would reach the Upper City:

So now the last hope which supported the tyrants and that crew of robbers who were with them, was in the caves and caverns underground; whither, if they could once fly, they did not expect to be searched for; but endeavored, that after the whole city should be destroyed, and the Romans gone away, they might come out again, and escape from them. This was no better than a dream of theirs; for they were not able to lie hid either from God or from the Romans (Josephus, Wars, 6:7:3).

Echoes of Mount Sinai in the Book of Revelation