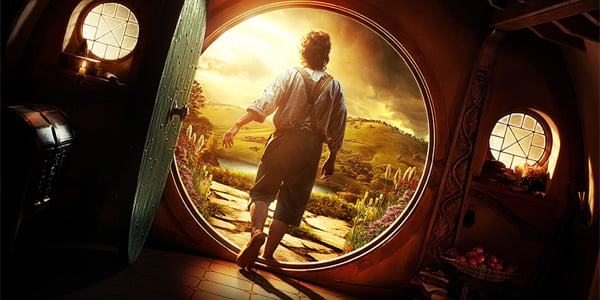 The left is never short of creative ideas for saving the earth. We’ve heard endless recommendations ranging from installing solar panels to driving electric vehicles to avoiding private jets (except for the humble folks meeting in Davos, of course).

My husband and I can’t afford solar panels, an electric vehicle, or a private jet, so we’re reduced to such mundane activities as line-drying our clothes and driving as little as possible to do our part to live green.

But recently I caught wind of another way – an extremely novel technique – to save the planet from climate change … and this is a concept I can entirely support.

Are you ready for this? Be short. Yes really.

According to an editorial in the New York Times by Mara Altman – all 5-foot-zero-inches of her – short people are the key to saving the earth. Gigantic physical stature is no longer necessary for the vast majority of us. We are seldom called to “bring home some woolly rhino flank,” as she puts it. Instead, most of us make our living sitting in a chair and bring home “plastic-wrapped meats.”

Ms. Altman points out the historical advantage of height when it came to hand-to-hand combat or other medieval battle techniques. But nowadays? Nah. Not so much.

The problem, she says, is despite stature no longer having an evolutionary advantage, most societies still favor height. Tall people are seen as having natural leadership qualities and are viewed as superior spouse material, despite absolutely no data bearing out this theory.

Ms. Altman points out how, in general, shorter people are healthier. “On average, short people live longer and have fewer incidences of cancer,” she writes. “One theory suggests this is the case because with fewer cells there is less likelihood that one goes wrong.”

She may be onto something here. A fast internet search on the benefits of being short does, indeed, yield some apparent health benefits, including fewer blood clots and less likelihood of back pain. Plus we always have leg room and seldom have to worry about hitting our heads.

But the most exciting thing is how shortness benefits the planet. “The short are also inherent conservationists, which is more crucial than ever in this world of 8 billion,” she writes. “Thomas Samaras, who has been studying height for 40 years and is known in small circles as the Godfather of Shrink Think, a widely unknown philosophy that considers small superior, calculated that if we kept our proportions the same but were just 10 percent shorter in America alone, we would save 87 million tons of food per year (not to mention trillions of gallons of water, quadrillions of B.T.U.s of energy and millions of tons of trash).”

From sociopolitical commentary to romance writing! Patrice Lewis branches into the world of Amish inspirational fiction. These clean romances are wholesome enough for Grandma to read. Check out Patrice’s available titles.

“Short people don’t just save resources,” continues Ms. Altman, “but as resources become scarcer because of the earth’s growing population and global warming, they may also be best suited for long-term survival (and not just because more of us will be able to jam into spaceships when we are forced off this planet we wrecked).”

Putting aside the medically (and ethically) questionable limb-lengthening surgeries or other medical treatments some desperate parents inflict upon their petite children (or some short men inflict upon themselves), height is entirely out of one’s control. How, then, are we supposed to shorten the average height of the human population?

Simple: Only make babies with short people. Don’t let those tall genes get a foothold. “When you mate with shorter people, you’re potentially saving the planet by shrinking the needs of subsequent generations,” Ms. Altman advises. “Lowering the height minimum for prospective partners on your dating profile is a step toward a greener planet.”

OK, while I find myself poking fun at Ms. Altman’s logic, here’s the thing: By these criteria, I’m doing my part to save the planet simply by existing. I’m seriously doing my part … all 5-foot-1-inch of me.

Growing up, I never minded being short. I learned navigating crowded school corridors was a breeze due to my height, and my chosen athletic outlet (ballet) definitely favored the petite.

During my long-ago dating days, I never liked going out with tall men. Whenever I held hands with a tall guy, I felt like a kid holding daddy’s hand.

So instinctively I found short men very sexy and gravitated toward guys closer to my height. When I met the man who would become my husband, I was drawn to him for any number of reasons, not least of which is he’s only four inches taller than I.

My husband has endless stellar qualities. His personality is the antithesis of the so-called “short man’s syndrome” (making up for lack of stature by bullying subordinates or compensating by purchasing oversized vehicles). He’s confident and utterly sure of himself. “I look everyone in the eye,” is his mantra. And he does. He has an air of quiet authority noticed by all. He’s witty, hilariously funny, and devastatingly intelligent.

My husband and I both come from long and honorable lineages of shortness going back generations. My dad is 5-foot-7, my mom 5-foot-1. My husband’s parents were of similar heights. Ditto for grandparents and great-grandparents, and probably further back than that. Now that our two daughters are adults, one topped out at a massive 5-foot-2, the other barely made 5 feet. Let’s face it, we’re a family of Hobbits.

We’ve joked to our daughters that they’re not allowed to marry tall men. We need to keep any tall genes out of the family.

Here we thought we had to go through all kinds of hard work to save the planet, such as line-hanging our laundry and avoiding private jets. Silly me. As it turns out, we did our part simply by marrying each other and producing short children.

All you pathetic tall people (I’m looking at you, Ron! [my 6-foot-4-inch editor]) have so much work ahead of you to conform to recommendations on saving the earth. All we have to do is exist. Hobbits, unite!

So, despite the fact that step stools are a regular part of our lives, I’m pleased to report the Lewis family is doing our part to fight climate change. You’re welcome.