As the DoJ and FTC pursue civil antitrust litigation against some of America’s largest tech firms, a House Committee has approved legislation to curb the market dominance of many of these same firms, including Google-owner Alphabet and Facebook. However, according to a report from WSJ, the tech firms targeted by the legislation are ramping up their lobbying efforts, precipitating a pitched battle over the legislation in the Senate.

At the core of the six-bill raft of legislation is a measure to bar big tech firms from favoring their own products on their platforms. It was approved by the House committee early Thursday by a vote of 24 to 20.

The NYT reported that Apple and other tech giants engaged in aggressive lobbying against the six-bill package, with Apple CEO Tim Cook going so far as to call Speaker Nancy Pelosi and other top lawmakers to warn them against supporting the legislation. Per the NYT, the calls from Cook were “part of a forceful and wide-ranging pushback by the tech industry since the proposals were announced this month. Executives, lobbyists, and more than a dozen think tanks and advocacy groups paid by tech companies have swarmed Capitol offices, called and emailed lawmakers and their staff members, and written letters arguing there will be dire consequences for the industry and the country if the ideas become law.”

Mirroring the outcome of several EU anti-trust investigations, the legislation, known as the “American Choice and Innovation Online Act,” the legislation would prohibit the owners of big platforms (like Amazon’s online marketplace) from creating disadvantages for goods and services provided by competitors. 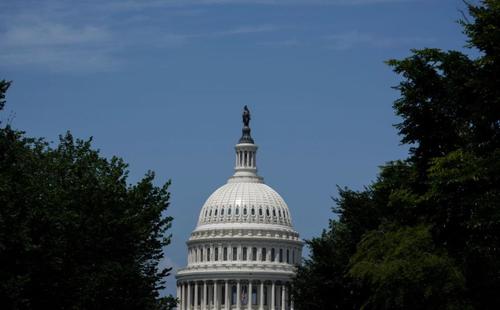 Another measure, passed late Wednesday, requires the largest internet platforms to make it easier for users to move their data to other platforms, and even communicate with users on other platforms. The bill (known as the Augmenting Compatibility and Competition by Enabling Service Switching, or Access, Act) would give the FTC extensive new powers to set individualized standards for each company and its platforms. The bill passed the committee in a 25-19 vote.

The bills must still pass the House, where the timetable for bringing them to the floor for final votes remains unclear. The package would affect large tech firms including Google, Facebook, Apple and Amazon.

The debate over the House Judiciary Committee’s legislation started Wednesday morning and continued into Thursday morning, as Republicans—and some Democrats—raised concerns and floated amendments.

Two other less-controversial bills also were adopted, one raising federal fees on corporate merger reviews and another aiding state attorneys general in procedural battles in antitrust court cases. The panel will consider a final bill in the package when it reconvenes Thursday at 11 a.m.

The suite of bills marks the culmination of a lengthy probe by hte House antitrust subcommittee that found that America’s largest tech companis have leveraged their dominance to stamp out (or simply buy out) competitors while stifling innovation.

Taken together, the bills represent the beginnings of an effort by many in Congress to revive antitrust enforcement in the big-tech space. It marks the first major anti-trust measure since the late 1990s when the DoJ took Microsoft to task for its monopolistic practices, and won. By updating laws they say have fallen behind, Rep. David Cicilline said the unchecked power of the biggest tech giants threatens to destroy the principles of economic fairness that America runs on.

“At its core, this issue is fundamentally about whether or not we have an economy where businesses fighting for economic survival can actually succeed,” Mr. Cicilline said.

While a contingent of Republican and Democratic lawmakers continues to oppose the legislation (likely because they’re in the pocket of the industry), the Biden administration has signaled its support for anti-trust measures by appointing Lina Khan, who authored a prospective new anti-trust legal framework, as chair of the FTC, one of two federal agencies (along with the DoJ) that enforce US antitrust laws. Khan is a former House antitrust staffer who worked on the subcommittee’s investigation.