How Close Is The UK To Herd Immunity?

While the UK has long abandoned the strategy of achieving herd immunity by allowing the virus to spread throughout the least at risk sections of the population, Statista’s Martin Armstrong notes that the availability of vaccines finally opened up the possibility of getting there without having to sacrifice the public’s health.

As the latest government figures show though, there isn’t too much further to go before the 60 percent mark – considered the minimum level required – is reached. 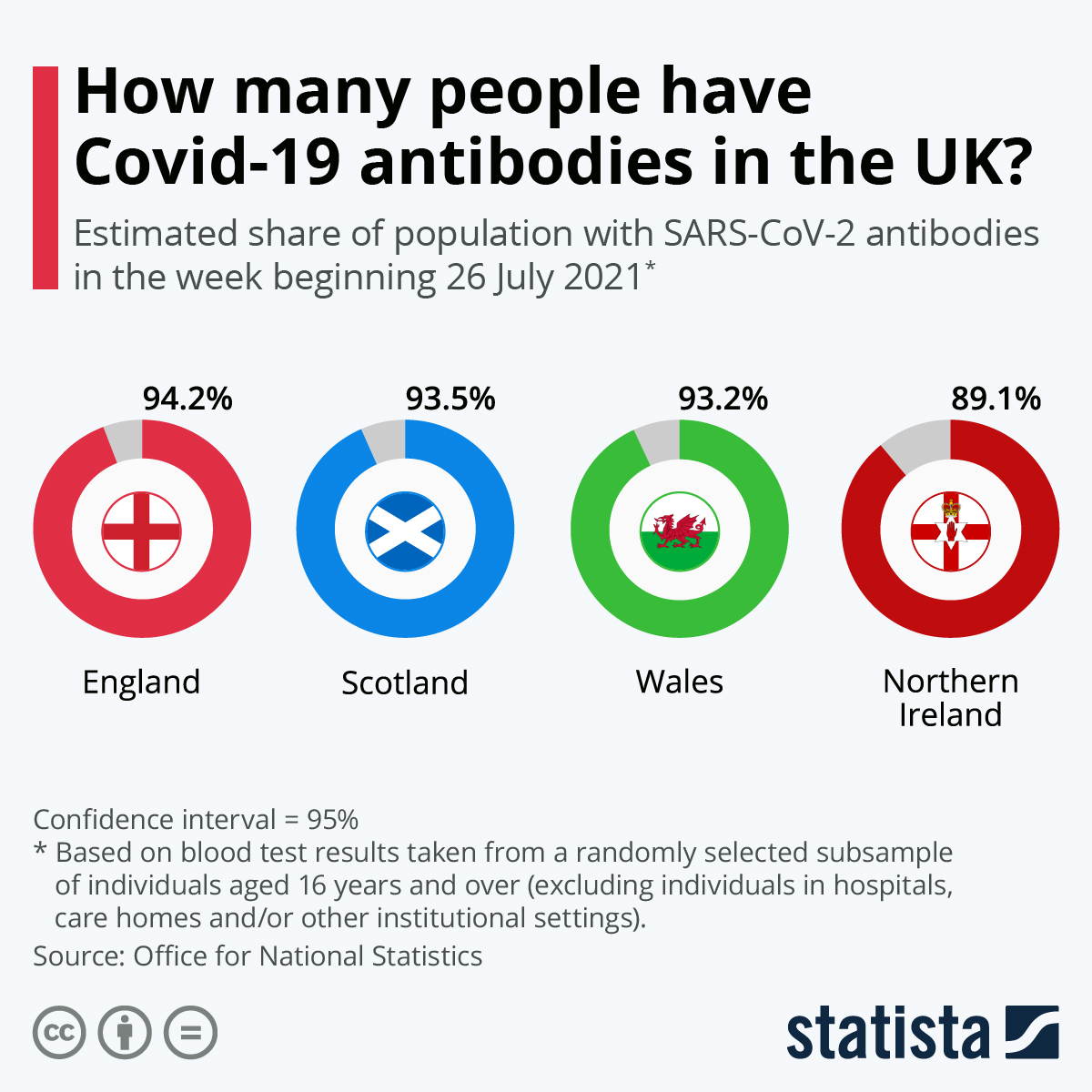 As of 14 March, estimates based on blood test results taken from a randomly selected subsample of the adult population, indicate that England had the largest share of people with the relevant SARS-CoV-2 antibodies – 54.7 percent.