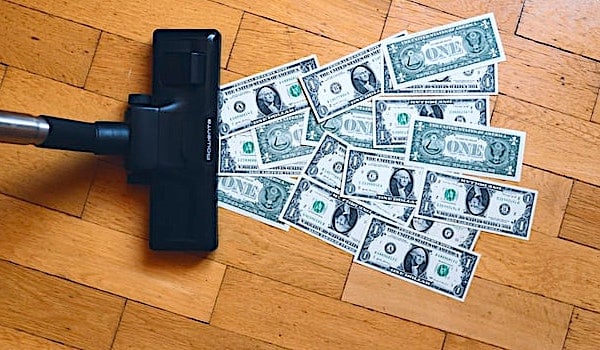 (Photo by olieman.eth on Unsplash)

The May Consumer Price Index (CPI) inflation rate came in hotter than expected, and the ripple effects are spreading far and wide. But by focusing so much on the inflation rate, we’re missing the bigger picture. The larger story is that all of this inflation is setting a new price level, guaranteeing a new high for prices in the economy for decades to come and further hurting the impoverished and working class.

The CPI increased at an alarming 8.6% rate in May over its level 12 months prior, a jump above April’s 8.3% rate increase and an indication that inflation is heating up again, not cooling down as many economists optimistically predicted.

We now know for sure that early statements from the Biden administration and the Federal Reserve about inflation being transitory were tragically misguided. The reality now is that inflation is becoming embedded in the economy as businesses and investors incorporate higher inflation into their strategies and workers are forced to make budgetary decisions and seek cost-of-living wage increases.

As a result, federal policymakers are scrambling to raise interest rates more quickly — and likely even higher, as this month’s 0.75% increase proves — in attempts to cool inflation.

But even if the inflation rate comes back to the Fed’s target range, will the economy return to where we were before? The answer is no. That’s because of the price level, defined for all practical purposes as the new “floor” for prices in the economy. Inflation has been raising the price level now for months and Americans are taking it hard in the pocketbook. As the price level goes up, purchasing power goes down.

What’s both remarkable and troubling is the lack of discussion over the new price level among policymakers. The only discussion right now is about bringing the inflation rate back down. This means that federal policymakers seem content to leave the price level elevated. This will leave the poor and working class even further behind, worsening the economic divide in our nation.

Historically, the price level in the United States has remained fairly stable, rising during times of war and coming back down during times of relative peace. That is, until we gave responsibility of maintaining the purchasing power to the federal government in 1946.

Only three times during that span of 76 years since we gave that responsibility to the government did the annual price level come down — once in 1949, another time when Dwight Eisenhower was president, and in 2009 at the “official” close of the Great Recession. Overall, the price level has increased an astounding 1,515% during this time.

Here are two major reasons behind the extraordinary rise in the price level. First, our federal politicians keep placing economists who fear deflation into positions of power. These economists associate deflation with the Great Depression. No doubt that deflation occurred during the early years of the Depression, but deflation itself is not harmful and can indicate a healthy economy.

These deflation-phobic economists are ignoring U.S. economic history when deflation coincided with some of the greatest periods of economic growth, extending the American dream to more low-income Americans as their standards of living increased.

Second, our federal politicians can’t figure out how to keep from spending more money than the government takes in revenue. Especially during good economic times, deficit spending fuels inflation.

The only way a family can overcome a rising price level is an increase in wages greater than or equal to the new price level. Some Americans are blessed to be experiencing this right now, but the allocation is uneven and unfair. Rising income levels are highly selective, and they are leaving behind the majority of Americans, especially poorer individuals, workers with less labor-market power, low-income communities, seniors living on fixed incomes, and individuals getting ready to retire.

Observers from all corners of the political spectrum are now realizing that our nation is suffering a severe economic hangover from years of pumping dollars into the money supply. The spiking cost of basics may soon begin to impact consumer behavior in significant ways, likely causing an economic slowdown and a worsening picture for employment even as inflation continues to be a problem. This would signal the return of stagflation that our nation experienced in the 1970s.

The recipe for escaping this mess is simple but includes parts that are not pretty, and are politically challenging: curtail federal deficit spending, contract the money supply, and more aggressively adopt supply-side economic policies. This means policies that cut red tape to reduce unnecessary government regulations, making it easier for entrepreneurs to start and expand businesses and for investors to take risks investing in business.

Erik Randolph is director of research for the Georgia Center for Opportunity.

The post How damage from inflation becomes permanent appeared first on WND.