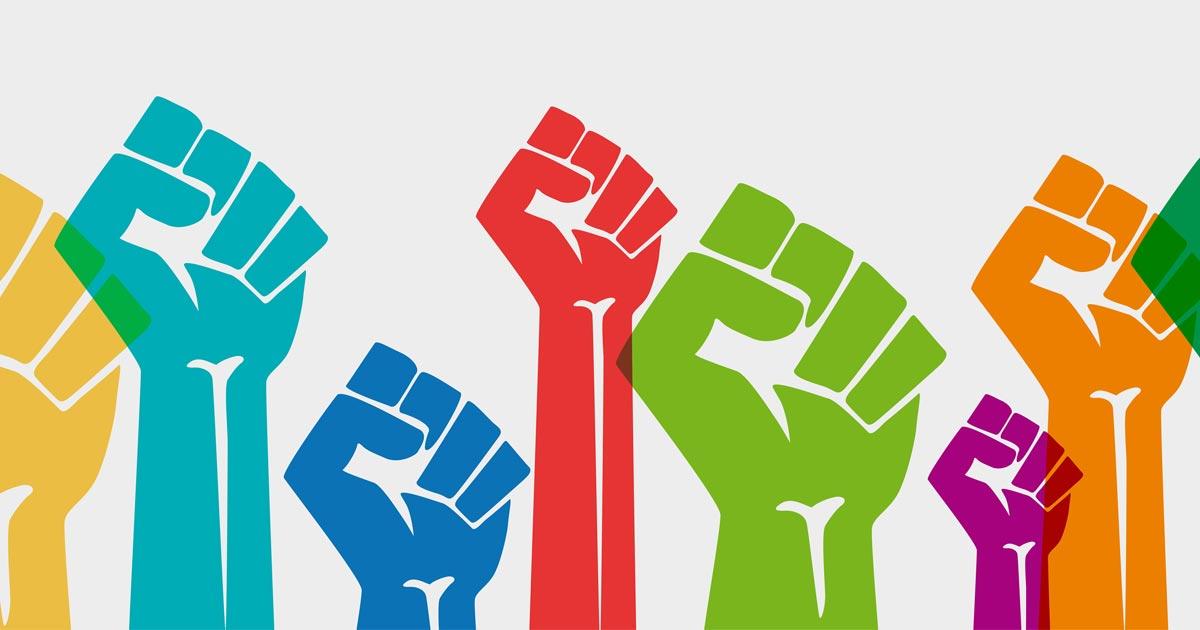 A famous aphorism says, “You cannot hit a target you cannot see,” which expresses a more general truth. We cannot hit what we cannot see, because seeing allows us to discern things of interest from everything else; it focuses on a signal, on a target, rather than the noise around it.

Defining ideas in pursuit of truth serves the same function, allowing us to see what truth is, and what it is not. Similarly, the failure to understand ideas clearly arises first from an inability to properly define things, which is why totalitarian states extensively control words through propaganda to maintain their power.

Defining ideas, therefore, may have severe consequences for practitioners of Liberty considering the statist legacy of the covid regime and the specter of socialism, which continues to haunt the world despite its numerous failures. Therefore, an important question is, what is “socialism”—that is, what does “socialism” mean as a political and economic philosophy?

Karl Heinrich Marx, the father of “communism,” also should be declared the father of socialism. Although Marx inherited a long tradition of socialist thought, it was his critique of capitalism that continues to serve as the manifesto against capitalism. A defining feature of Marx’s socialist project is its violent and revolutionary nature, due to its insistence on class determinism. This philosophy asserts that since the hierarchical class structures of society are predicated upon power and control over the means of production, collective action by the many to change these power structures will be bloody because the higher-ups will violently defend their positions and wealth.

The other defining feature of socialism lies in the cornucopia of goods and services it promises its participants. Life under socialism according to its most adherent supporters and practitioners can be understood as a state of being in which, as Lenin stated:

In a socialist society, liberty and equality will no longer be a sham; the working people will no longer be divided by working in small, isolated, private enterprises; the wealth accumulated by common labor will serve the mass of the people and not oppress them; the rule of the workers will abolish all oppression of one nation, religion or sex by another.

Marx’s critique of capitalism and his view of socialism are heavily dependent on his sense of alienation. Modern society is based on private property and a vast array of highly refined divisions of labor in economies across the world. This system of private property encourages responsibility and stimulates creative as well as productive behavior. Various Marxist authors, including Marx himself, praise Capitalism’s ability to lift masses of people out of poverty.

John Locke held that every man has the right to the fruits of his own labor. In a world supposedly built on his ideas, Marx asserts that labor becomes a commodity to be bought and sold, and this complete commoditization of laborers (note the lazy intellectual conflation of “labor” into “laborers”) sinks their lives into a whirlpool of financial uncertainty like all other lifeless commodities, thereby leading them to a complete and an unprecedented level of alienation. This loss of control over one’s (work) life exploits the individual laborer and produces the modern sickness of alienation.

Thus, in the view of a socialist, while the private property that defines capitalism encourages responsibility among the entrepreneurs who see private property as a part and extension of themselves, the dichotomous separation between the laborer and the decisions about what products to make (decisions outside his control) leads to his alienation.

This view leads to a feeling of helplessness among socialists who are then determined to make the process more “democratic,” which would allow everyone to take a part in the decisions which dictate their lives. This worldview directly leads from Marx, who said:

In this view, the abolition of private property is a step toward liberation only if it leads to the transformation of human relations at the point of production. Therefore, while revolutionary change and the cornucopia of heaven on earth are essential tenets of Socialism, the central underlying unity running through socialism as a defined idea and practice is the need to politicize each individual’s daily life and work.

Democratic Socialism and the Democratic Conception of the New Society

Democratic socialism became prominent after the acknowledged failure of the command economies at the end of the last century. The proponents of democratic socialism have often loudly tried to distance themselves from the totalitarian regimes of past socialist state control. Democratic socialism may seem harmless due to the pervasive use of the word “democratic,” which is associated in the modern world with the progressive values of liberty and equality.

“Democratic” socialism is supposed to bring about a revolution at the point of production so that individuals participating in the process of production would vote and act to gain control over their work lives and remove their alienation. The rise of democratic socialism in the twenty-first century and the growing push for worker cooperatives is the most recent form of socialism, with growing popularity both in Europe and the United States.

In practice, this amounts to a market situation defined by consumers not choosing between clothes selected by entrepreneurs, but from clothes selected by employee vote. Entrepreneurs as politicians would present alternative products to their employees, who would choose the products that ultimately meet their needs from a production standpoint. Instead of entrepreneurs competing for consumers’ money and providing clothes as they gauge future consumer preferences in market competition, this process of worker empowerment would turn the incentive of the market away from consumer sovereignty to one where successful entrepreneurs organize production activity so that employees’ needs are prioritized over those of the consumer. Such a system could hold up in the long term only if the state were to use force, compulsion, and propaganda to ensure private competitive exchange didn’t arise again.

Hegel, whom Marx considered his “master” until the end of his life, wrote:

In order that the limit applying to something, in general, should also be the barrier, something must pass over into itself beyond the limit; it must, referring to itself relate itself to it as something which it is not.

In other words, it is not possible to grasp an object as a totality simply by describing what it is; to know it in full is to grasp what it is not. This is the way Marx approached the conception of his socialist society, by critiquing capitalism and describing socialism as a system which capitalism is not. Therefore, one of the first acts undertaken after a complete socialist takeover of a society is the abolition of capitalistic private property and money.

We also should define socialism by stating that it is what capitalism is not. Capitalism is a system that is built upon respect for private property rights which results in a system that ensures the facilitation of the satisfaction of needs of people by other people in voluntary exchange. Therefore, this implies: “The process of production and exchange where compulsion and force dictate relations of human exchange instead of freedom and cooperation is socialism.”

Therefore, we should understand socialism not in terms of the means it uses for social change, such as centralized economic planning or democratic participation, but by its underlying structure in which individual life is politicized. This would further allow us to discern how “socialist” our world might be by understanding how our daily lives are politicized. A fully matured socialist world would be one where the foods we eat, the goods we buy, the work we do, the money we can spend and save, the houses we live in, the cars we drive, and the toilets we use, are all a matter of public interest to decided democratically by the process of universal worker franchise and electoral ballots.