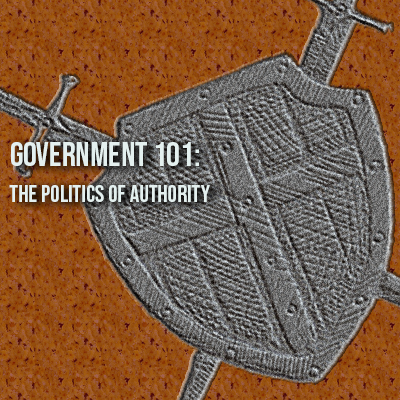 The following article, How Joe Biden Attacked Clarence Thomas and Revealed His Distaste for Moral Absolutes, was first published on The American Vision.

“Judges are like umpires. Umpires don’t make the rules; they apply them.” On the opening day of testimony before the Judiciary Committee, John Roberts used this baseball metaphor to describe his judicial philosophy. Sen. Joseph Biden stated that “the metaphor is not very apt, because in baseball a set rule defines the strike zone.” Biden went on to say: “Without any knowledge of your understanding of the law—because you will not share it with us—we are rolling the dice with you, Judge.”

Does anyone remember how the Senate Judiciary Committee, particularly Joseph Biden, attacked Clarence Thomas for believing that the Constitution had to be interpreted in the light of a higher law theory? While the Constitution states that it is the “law of the land,” there is very little actual law in the Constitution. For example, there are no prohibitions against murder, theft, or rape. So why are these actions wrong? The Constitution doesn’t say. The Constitution either implements whatever moral worldview is in vogue at the time or it rests on a fixed set of external moral precepts. Thomas believed that natural law was that external law.

A number of present Supreme Court justices understand the need for a law external to the Constitution. They’ve appealed to International Law for the Constitution’s external moral precepts. This is similar to the belief by some prominent scientists that Earth in long ages past had been “seeded with life.” The logical question to ask is, “Where did the alien seed originate?” In legal terms, what is the foundation of International Law that gives it moral validity?

The framers believed that “the laws of nature and of nature’s God” was almost universally accepted. This is why Thomas could write: “We look at the Natural Law beliefs of the founders as a background to our Constitution.” [1]

When the left-leaning members of the committee heard this, they went on the attack. Thomas was saying that there are fixed moral laws written into the created order that even the Constitution and its interpreters are bound to follow. No wonder Roberts took the equivalent of the “Fifth.” He wasn’t about to grab hold of the higher law Tar Baby because he knew Biden’s confused view of natural law. During the Thomas hearings, Biden wrote an article that appeared in the Washington Post. [2] He claimed the following for his version of natural law:

According to Biden, natural law is whatever the courts say it is or isn’t. In fact, a Supreme Court justice doesn’t even have to believe in law as a fixed set of moral principle unless, of course, it means granting women the legal right to kill preborn babies. If there was ever a fixed law, abortion rights is it, and Joe Biden and the Democrats believe in it.

“In our system,” Biden writes, “the sole obligation of a Supreme Court justice is to the Constitution. Natural justice can supply one of the important means of understanding the Constitution, but natural law can never be used to reach a decision contrary to a fair reading of the Constitution itself.” To repeat, there is almost no law in the Constitution. Biden knows this. This is why those on the Left (and a good number on the Right) want to be the judicial gatekeepers. Personal opinions are the basis of moral decision making. This is why there cannot be a higher law governing the Constitution and the decisions of judges. Biden’s article does not tell us anything about how we determine what’s right or wrong, and that’s the way he wants it.

What happens when two individual choices are in conflict? That’s why we need judges, Roberts and Biden would say. But this doesn’t answer a more fundamental question: Who writes the rules for the rule book that the judges (umpires) are to follow? This is the one question that no one dared to ask Judge Roberts, but it’s the only one that matters!

At the Nuremberg Trials, where Nazis were put on trial for war crimes encountered a similar problem. The defendants argued that outside moral standards did not apply to Germany’s actions. John Warwick Montgomery explains the problem the tribunal faced:

“When the Charter of the Tribunal, which had been drawn up by the victors, was used by the prosecution, the defendants very logically complained that they were being tried by ex post facto laws ; and some authorities in the field of international law have severely criticized the allied judges on the same ground. The most telling defense offered by the accused was that they had simply followed orders or made decisions within the framework of their own legal system, in complete consistency with it, and that they therefore could not rightly be condemned because they deviated from the alien value system of their conquerors.

“Faced with this argument, Robert H. Jackson, Chief Counsel for the United States at the Trials, was compelled to appeal to permanent values, to moral standards transcending the life-styles of particular societies—in a word, to a ‘law beyond the law’ [borrowed moral capital from the biblical worldview] of individual nations, whether victor or vanquished.” [3]

In Buck v. Bell, 274 U.S. 200 (1927), a decision of the United States Supreme Court, written by Justice Oliver Wendell Holmes, Jr., the Court ruled that a state statute permitting compulsory sterilization of the unfit, including the intellectually disabled, “for the protection and health of the state” did not violate the Due Process clause of the Fourteenth Amendment to the United States Constitution. The Supreme Court has never expressly overturned Buck v. Bell. At the Nuremberg trials, Nazi doctors referenced Holmes’s opinion in Buck v. Bell as part of their defense.

Biden and Co. are political pragmatists. They do not believe in a fixed set of moral values except the ones they enact into law.

Government 101: The Politics of Authority

Government 101 is deep-dive into government and authority. The course material spans centuries and investigates many forms of government. Your understanding of what it means to be “under authority,” will be shifted and your view of ruling and rulers will be enriched. You will come to see the inescapable nature of government, and how man tends to impose authority from the top-down while God’s governmental structure is bottom-up.