According to a survey by Statista Consumer Insights, coffee drinkers in the U.S. rarely stick to just one cup a day. 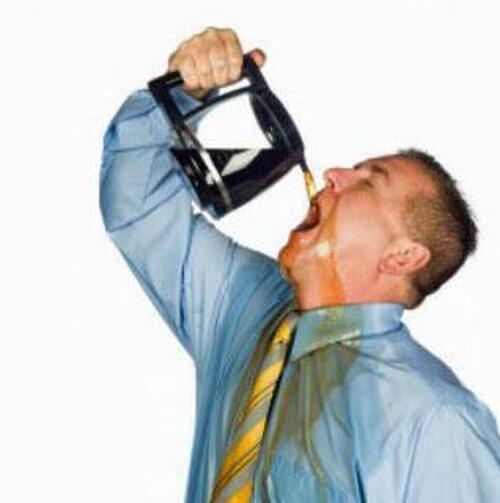 Among those drinking coffee daily, almost 80 percent drank two or more cups while at home on a weekday. More than half consumed three or more cups on average on such a day. 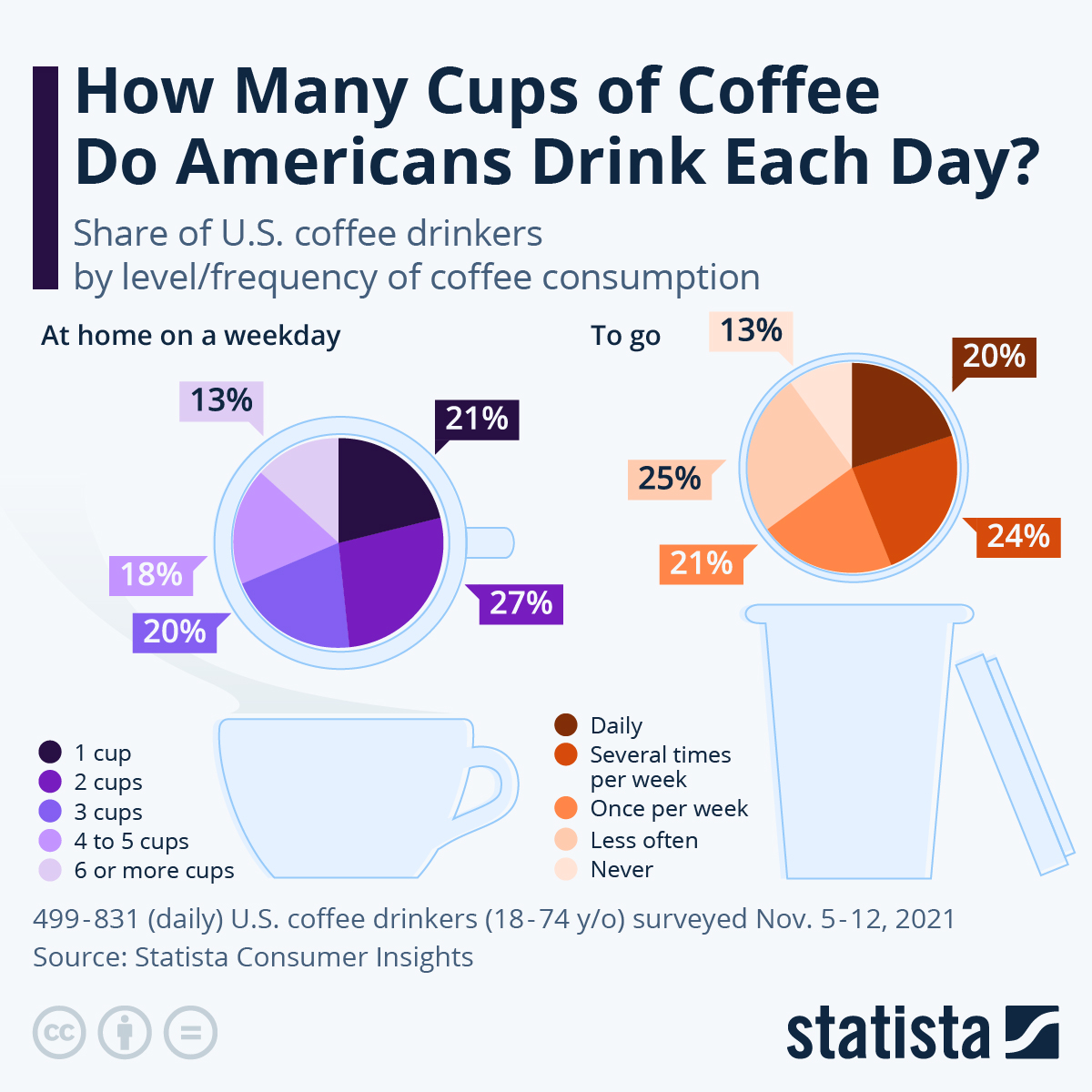 While on the go, U.S. coffee drinkers hold back a little more, with just 20 percent consuming take-away coffee daily and another 24 percent doing so several times a week. More than half of respondents consume coffee to go only once a week or less often, with 13 percent between the ages of 18 and 74 even saying the never did so.

However, in the latest installment of another Statista survey, only 57 percent of Americans listed coffee as a beverage they regularly consumed.

America’s favorite type of coffee is good old drip coffee, with 36 percent saying it was their favorite, followed by 11 percent who prefer cappuccino and 10 percent who root for iced coffees.

Instant coffee was not far behind at 9 percent, however.

51 percent of American adults agreed with the statement “coffee is pure pleasure to me”.