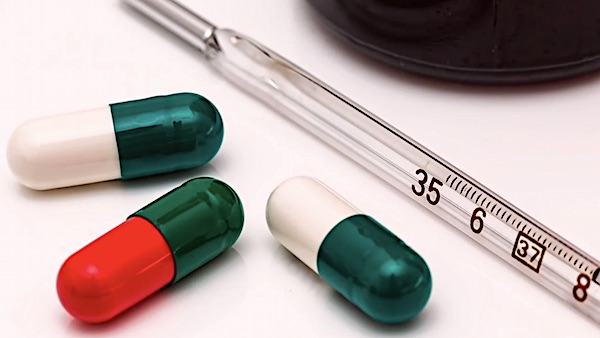 As negotiations on their tax and spending bill continue, Senate Democrats are working on a legislative proposal to have the government fix the prices of Medicare prescription medications.  Though the details of the 190-page amendment differ in certain respects from earlier versions, the indisputable result would be the same: Reduced patient access to prescription drugs.

Like most giant regulatory schemes, the draft proposal is characteristically complex with numerous provisions, including detailed data collection, new mandates, tax penalties on drug manufacturers, free vaccines, and a cap on out-of-pocket costs.  But the heart of the bill is the creation of a Drug Price Negotiation Program administered by the Secretary of the U.S. Department of Health and Human Services (HHS).

The Secretary would publish a list of drugs subject to “negotiation,” starting with 10 drugs or therapies in 2026, then 15 in 2027, and 20 in 2029. (You can expect political pressure to expand the number and classes of drugs to make the selection list.) In each year the drugs selected would be ranked for “negotiation” and government price setting according to how much Medicare spends on them. The drugs that incur the highest spending would be ranked highest.

The Secretary would be required to seek the “lowest maximum fair price”  for any selected drug.  The Secretary shall make an offer; the drug manufacturer may make a counteroffer, but in no case may the Secretary accept an offer that conflicts with a government formula setting a ceiling on the price of a drug.  So, the process is more coercion than “negotiation.”

There would be an exception for “small biotech” drugs, certain orphan drugs, and drugs that incur low Medicare spending, and a separate “negotiating” process for biologics. Under the terms of the legislation, drug research and development firms would incur civil monetary penalties for violations of its provisions, but the federal courts would exercise no judicial review of the Secretary’s drug selection process.

Note what would be lost. Private market negotiations in the Medicare Part D drug program secured substantial savings for both taxpayers and beneficiaries. According to a major 2016 Progressive Policy Institute study, between 2006 and 2014 alone, Medicare beneficiaries’ access to drugs, reduced other patient health costs, and secured a net program savings of $679.3 billion.

When the Part D program commenced, federal officials projected an initial average monthly premium of $37 for Medicare patients.  But the reality of intense market competition produced a very different result. In 2006, the base monthly premium was $32.20; in 2008, it was $27.93; in 2018, it was $35.02. The Medicare trustees report the 2022 standard monthly drug premium stands at $33.37.  An impressive performance.

Though private market competition and negotiation was, and is, a Medicare policy success. Nonetheless, Congressional progressives have conducted a 20-year campaign to destroy it and replace it with government price controls.

There is a rich professional literature on the negative impact of price regulation on economic innovation and production, including price controls on drugs. It would mean reduced investment in research and development, fewer clinical trials, fewer post-market evaluations, and fewer medical breakthroughs to combat deadly or emerging diseases. Patients lose.

The Congressional Budget Office estimates that the Senate draft amendment would yield a net savings of $287.5 billion over the period 2022 to 2031. CBO concedes, of course, that its estimates are uncertain, as are its modest projection of 15 fewer new drugs over the next 30 years. In their words, “ CBO did not predict what kind of drugs would be affected or analyze the effects of foregone innovation on public health.”

For the record, when CBO issued its  2021 report on the impact of HR 3, last year’s Democratic congressional proposal, they concluded that that bill, if enacted, would have “reduced global revenue for new drugs by 19 percent,” resulting in the 30 fewer drugs over a 20-year period.

Non-government economists examining the impact of HR 3 concluded that the outcome in patient access to new medications would be much worse. Tomas Philipson and Troy Durie of the University of Chicago estimated that last year’s proposed bill would have resulted in a reduction $952 billion to $2 trillion in foregone spending on drug research and development and 167 to 324 fewer new drugs over a 20-year period. Given America’s pre-eminence as the center of pharmaceutical research and development, any such measure would have a profoundly undesirable global impact.

We know how this price control policy “works.” The Veterans Administration(VA) health program imposes drug price controls and a restrictive formulary that denies patient access to many drugs, including new medications, that are routinely covered by Medicare. That is why, in 2019 for example, over 52 percent of VA enrollees had Medicare Part D, Medicare Advantage or Medigap coverage and a total of more than 80 percent had health coverage in addition to their VA coverage.

None of this is to say that the Medicare drug program does not need significant reforms. As Heritage Foundation Senior Fellow Doug Badger has emphasized, seniors need better and more transparent comparative price information, more rational cost sharing, and a hard cap on their out-of-pocket drug costs, which already enjoys broad bipartisan support.

There is no reason why members of Congress cannot craft a set of reforms that can improve the Medicare prescription drug program and directly benefit Medicare patients without resorting to a policy prescription that has been proven, time and time again, to be an epic failure.

For over 4,000 years—from King Hammurabi the Great, to the Roman Emperor Diocletian, to “Tricky Dick” Nixon—politicians have been fatally attracted to imposing price controls on various commodities. And every time, they have wound up distorting markets and shifting costs, undercutting production and supply, discouraging investment and guaranteeing shortages of goods and services for individuals and families.

In 1915, Albert Einstein famously said that insanity is “doing the same thing over and over and expecting different results.” But what did he know?

Robert E. Moffit, Ph.D., is a senior research fellow at The Heritage Foundation’s Center for Health and Welfare Policy.

5 hours ago
Brandon Smith: Artificial Intelligence – A Secular Look At The Digital Antichrist

5 hours ago
Brandon Smith: Artificial Intelligence – A Secular Look At The Digital Antichrist