Many hospital systems around the country have been surprised by the number of nurses who have passed on being vaccinated (either because they had already been infected, or simply because they didn’t want the vaccine). But as federal public health officials crank up the pressure on Americans to submit to the vaccine as unused jabs pile up, one nurse in Texas complained to local journalists that she was fired simply because she refused the jab.

Nurse Michelle Fuentes told Dallas-Fort Worth CBS affiliate KRIV-TV that she had been terminated after working for 10 years at Houston Methodist Hospital, allegedly because she refused to accept the COVID-19 vaccine.

“I knew that the date was looming over my head of me to get the vaccine and we were constantly being pressured and pressured,” Michelle Fuentes said.

According to their report, at the start of April, Houston Methodist announced it would require all employees to get the COVID-19 vaccine by June 7. However, the hospital system asked employees who refused to get the vaccine to submit documentation for consideration for a medical or religious exemption. The paperwork was reportedly due by May 3. 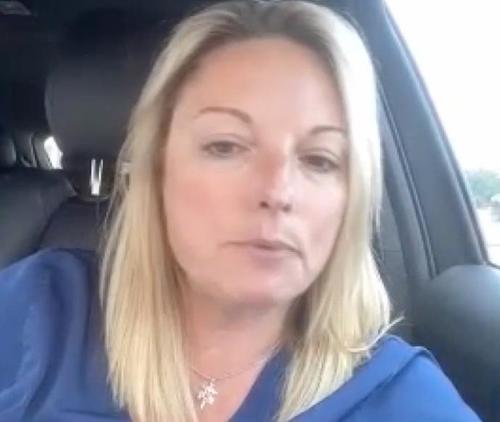 Fuentes said she told her employer that she needed more time to make a decision to do more “research” on her own, but instead wound up turning in her two weeks notice.

A spokesperson for the hospital system said 90% of its employees are vaccinated, and that only two have resigned so far. Fuentes said when she didn’t agree to stay quiet about the reason for her departure, she was not allowed to complete her final two weeks and was immediately escorted out of the hospital by security.

Finally, Fuentes told the press that she wants to wait until all clinical trials are completed before she decides to get the vaccine or not. She stressed she is not against vaccines and gets the flu vaccine every year. Fuentes even volunteered to work in the COVID unit. Despite reassurances that vaccines are safe, and that their vast public benefit outweighs any risks, recent concerns about vaccine side effects have included incidents of rare but deadly cerebral blood clots, and also an impact on the menstrual cycle.

Is Castlevania season 4 the final season?