SOME older closet items should head for the trash can, but not all of them — especially if they have sentimental associations.

That was the experience of TikToker Brandds (@aquaab), when a uniform from the past resurfaced.

She rediscovered a link to her high school days, taking her on a trip down memory lane.

The item in question was her old cheerleading outfit.

Though ten years had passed since she last wore it, she was thrilled when she tried it on again.

“Testing to see if my cheer uniform still fits after ten years,” she said and was delighted to show that it still fit like a glove. 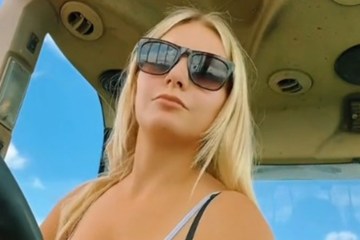 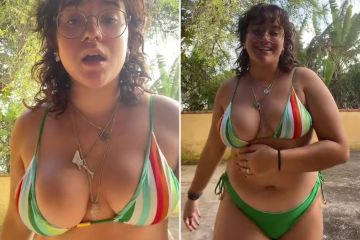 Her video showed that no adjustments were needed to be made and it slipped straight on.

Brandds’ shape has changed little since she last wore the cheerleading ensemble.

“It will all come out, all come out in the wash. don’t sweat it,” sang Miranda Lambert in the background.

The colors of the dress have lost none of their brightness either, remaining as vivid and eye-catching as they were years ago.

The nostalgic clothes display prompted memories from former cheerleaders, who commented on her post.

“Bro, this is so much cuter,” said one comment.

Others recognized her outfit: “I think I cheered in that same skirt.”

Several more said they weren’t permitted to buy their dresses. Instead: “We pretty much have rent-outs. We pay for them but then we have to return them.”

“The dresses are custom fitted to our bodies. But once we graduate we can sell them to the other girls on the team if the uniform stays the same,” said the final comment.