A FORMER bodybuilder dubbed the “Flawless Marvel” is unrecognizable after giving up weight lifting.

Bob Paris, 62, rose to fame in the 1980s golden era of bodybuilding and placed in the top ten in Mr Olympia several times.

The 6ft Adonis had set out for California to pursue his dream of becoming both an elite-level bodybuilder and a working actor after graduating from university.

Within a short amount of time, his efforts caught fire and just two years after arriving in LA, he had won the Mr Los Angeles and Mr Southern California.

He starred on the front covers of dozens of bodybuilding magazines and snapped by some of the world’s leading photographers – including Herb Ritts and Bruce Weber. 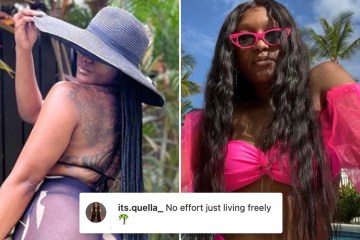 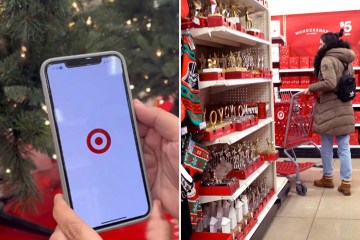 As a fierce advocate for the rights of athletes, he pushed for drug testing in the industry.

And in 1989, Bob became the first active male professional athlete to come out.

He revealed he was gay in an edition of Ironman and later told talk show host Oprah Winfrey how the brave move impacted his career.

“I lost about 80 per cent of my business. Literally had doors closed in my face,” he said.

“There were a number of times where my life was threatened. Some death threats came by phone, by mail.”

After retiring from bodybuilding in 1991, Bob lives a much quieter life with his husband, Brian LeFurgey, on an island near Vancouver, British Columbia.

He now cuts a much smaller figure than in his bodybuilding era, but he still enjoys walks and practices yoga.

After saying goodbye to his weight lifting days, he turned to a career in writing and now describes himself as a “memoirist, poet, screenwriter and novelist”.

He has written several best-selling books and continued his work as an activist for gay rights.

His novel Gorilla Suit – giving an honest behind the scenes look into the bodybuilding world – was highly acclaimed.

In 2012, he explained he never wanted to be a “lifestyle bodybuilder” – and said he had other interests from theatre to books to backpacking.

“It’s this diversity of interests that eventually led me away from a strict focus on hard-core weight training as a central part of my life,” he wrote on his website.

“Don’t misread that, though. I’m the fittest and healthiest I’ve ever been; and certainly the happiest and most authentic.

“I love my intense yoga practice, my cycling, my hikes and trail runs – and yes, my regular, moderate resistance training.”

Despite moving on to a different career, Bob’s legacy in the sport lives on.

In 2006, the official publication of the IFBB, Flex Magazine, named Bob the most aesthetic athlete in the history of bodybuilding.

Another bodybuilder, known as Little Hercules after stunning the world with his physique at the age of eight, completely transformed his look.