WHEN we’re hooking up with a guy, we’re typically excited to go back to his place.

But a woman named Ashley Louis said she had a hilariously mortifying experience while staying at a guy’s house, and she’s warning others to “stay safe” so that it doesn’t happen to them.

Posting to her TikTok (@ashleyyynicoleee95), she played dark music while she stared at the camera intently.

Her story went like this: “How I felt that one time I was using the bathroom at this guy’s house and saw a scale and weighed myself, and it sent a notification to his phone.”

Clearly, she stepped on the scale just out of her own curiosity to check on her weight – but she didn’t think the number would be publicized to the guy she was with.

The embarrassing situation left her shook. 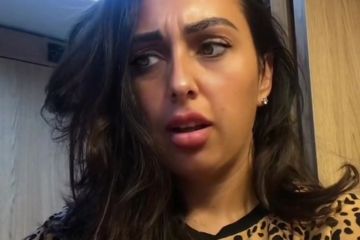 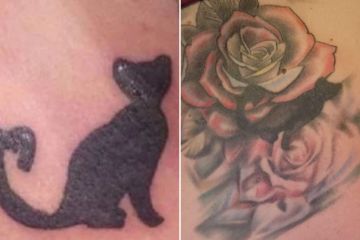 “Let’s just say I have never felt the random urge to step on every scale I come across ever again,” she captioned the clip.

Surprisingly, other TikTok users said the same thing had happened to them – and some got it way worse.

“OMFG SAME EXCEPT I DID IT MULTIPLE TIMES WITHOUT REALIZING, AND THE THIRD TIME I DID IT HE WAS LIKE ‘WHY DO YOU KEEP WEIGHING YOURSELF,’” one woman shared.

“Omg. This happened to me. He said it notified him that he had reached his goal,” added a second.

Others said they were never going to get this story out of their heads:

“I’m having flashbacks to every scale I’ve ever stood on and I’m SCARED,” chimed another.

“THANK YOU for bringing this to my attention. Y’all not everything needs to be smartified,” a third noted.