A BLIND teenager is breaking ground – or should we say snow – in his daring feat to compete in the treacherous sport of freeride skiing.

In an interview with CBS News, 15-year-old, Jacob Smith, discussed his passion for navigating the jagged cliffs and deep chutes of backcountry skiing.

As if it isn’t already impressive enough, he does all of this, without vision.

Big Sky, Montana presents some of the most challenging ski terrain in the country. Between 50-degree slopes and unexpected rock walls, there is no knowing exactly what lies beneath the powder.

One run, in particular, is deemed the most dangerous on the mountain, and that is the “Big Couloir.” A single wrong turn could mean a skier never making it off the mountain.

Smith was only twelve years old when he became the only legally blind athlete to make his way down the 11,000-foot high lone peak. 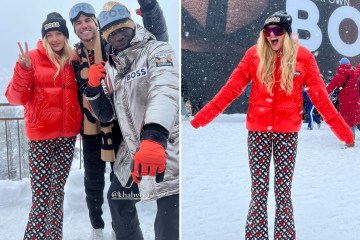 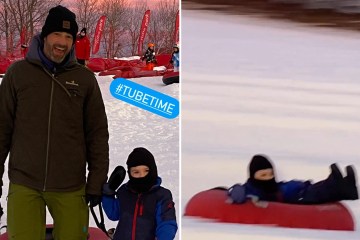 When asked how he felt after accomplishing the major feat, he responded “Excited that I did it. I didn’t crash. I thought it was awesome. And then, I guess we made it four more times, so I just wanted to do it again.”

That was only the beginning for the young athlete, who recently competed against 40 other teenagers, all of which have their vision intact.

This January was the Junior Regional Freeride Tournament in Big Sky.

Contestants were faced with a new challenge – a run that has been nicknamed “D.T.M.” Smith explained that “D.TM” stands for, “Don’t Tell Mama.”

He quickly rejected the idea of receiving special treatment due to his disability. “I wanna be treated normal so I compete with other sighted skiers,” he explained.

The truth is that Smith has it far from easy.

In order to compete in such a dangerous competition, he must leverage support from his family. In a way, it becomes a team sport.

His younger brother, Preston Smith, guides him up to the top of the mountain to make sure he is prepared for the slope.

Meanwhile, his father waits at the bottom base, preparing to guide his son down the mountain using a two-way radio turned up to high in his pocket.

“It’s on me to make sure I don’t let him down, that I get him in trouble, you know, that I– I have to guide him through narrower chutes or not go off a cliff,” said his father.

On the day of the competition, Smith put all his hard work and training to the test to finish 19th out of 41 competitors.

Following his success, he provided a final piece of advice for anyone who has to take a bling leap of faith.

“Honestly,  no matter what gets thrown in front of you, what kinda comes outta nowhere and, strikes ya. Takes you off-guard a little bit, there is always a way to conquer it. To adapt. To make it happen and still do what you wanna do,” he concluded.

The ambitious skier is not afraid of death. He explained that his only big fear is not succeeding.

Lucky for him, he is far from failure.