A HARVARD statistician did the math on a strategy that will result in lottery winnings.

While Professor Mark Glickman calls it “guaranteed,” keep in mind that making a profit is never a foregone conclusion.

In fact, the lottery odds a heavily favored against players, as states are said to keep about 30% of the tens of billions of dollars spent on the games.

That said, Mark figured out the possible number of combinations for the lottery.

With just 302,575,350 outcomes, the number of lottery combos may be high, but it’s still limited, he explained to WCVB.

The only error-proof way to win is to buy a ticket for each and every outcome the five white balls of Mega Millions allow. 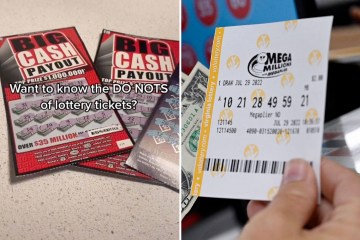 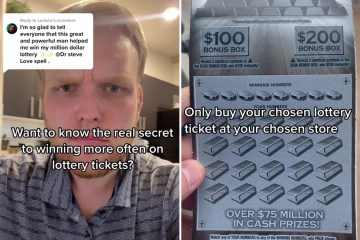 Jeff Bezos and Elon Musk are in the tax bracket of those who could afford this $605,150,700 winning lotto game.

It costs $2 a ticket for the hundreds of millions of plays it would take to win the job, not to mention the time to fill out a ticket with each number combination.

While this is technically a guaranteed win, it may not amount to what the player initially planned for.

For example, this summer’s $1.2 billion jackpot would still theoretically leave the winner with $675 million after the humongous ticket purchase.

“So it seems like a great strategy, right? Because you’re paying less money to get this payoff at the end of $1billion,” he told WCVB.

“The problem though is that other people might be trying the same thing.”

Odds are more likely than not that the prize for a jackpot that big would have multiple winners.

This would be a huge cut into prize money for all winners involved.

Taxes collected on the winnings would shrink the jackpot down even more after the big win.

Winners of Mega Millions are also only paid in full if they choose the annuity option, and are paid over the course of 30 years.

Annuity poses its own risk.

In 2015, lottery winners of two different prizes sued the state of Illinois as the state refused to hand over their payout.

The state’s fiscal crises at the time took away the authority for their lottery to payout prizes larger than $25,000.

Mr. Chasteen, 56 at the time of the lawsuit told the Wall Street Journal: “You dream about winning the lottery all your life and it finally happened, and you don’t get paid.”

“I didn’t go to work to pay the bills. I went to work and this money is mine,” he added.

While the lottery technically had the money, states are allowed to make this jurisdiction about the release of funds during a financial crisis.

This would also mean that a player having incoming payments of more than $25,000 each year would not get their money, an occurrence that while unlikely does happen.

Still, risking it all on a jackpot of more than $1.2 billion would bring the chances higher and higher of making this strategy one that ends in profit.

While it may pale in comparison to an effortless streak of luck, it’s still technically a guaranteed win.

For those with the time and funds to back this level of play, “buying every single lottery ticket starts to become a lot more attractive,” he said.

For more related stories, The Sun revealed a lottery expert’s four ways to still win money on your ticket even if you didn’t hit the big jackpot.