In-Car Cameras Are Now Watching Every Little Thing You Do

Gone are the days where you could hop in your car and escape to somewhere for a little privacy.

That’s because cameras that were put in cars to catch drivers falling asleep are now catching…well, everything.

Researchers at the Fraunhofer Institute have now developed a smart-car camera system that can “figure out exactly what a driver is doing,” according to a new Gizmodo report.

And already the camera is being positioned as “potentially improving the safety of semi-autonomous driving features” and a feature that could help drivers in semi-autonomous vehicles pay attention to the road. 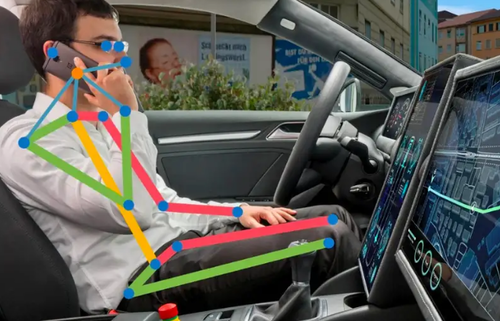 The “appeal” of these points is what prompted the Fraunhofer Institute of Optronics, System Technologies and Image Exploitation to come up with a camera that uses AI powered image recognition to construct a digital sketch of the driver – which then, in turn, provides enough details for the system to guess what the driver is doing. The system can determine things like when a driver is sipping a cup of coffee or looking at their phone.

The vehicle can then make a determination if the driver is paying attention, prompting a semi-autonomous system to determine how distracted they could be.

Eventually, researchers want to expand the system to be able to recognize when a driver points to a certain direction in situations like automated parking.