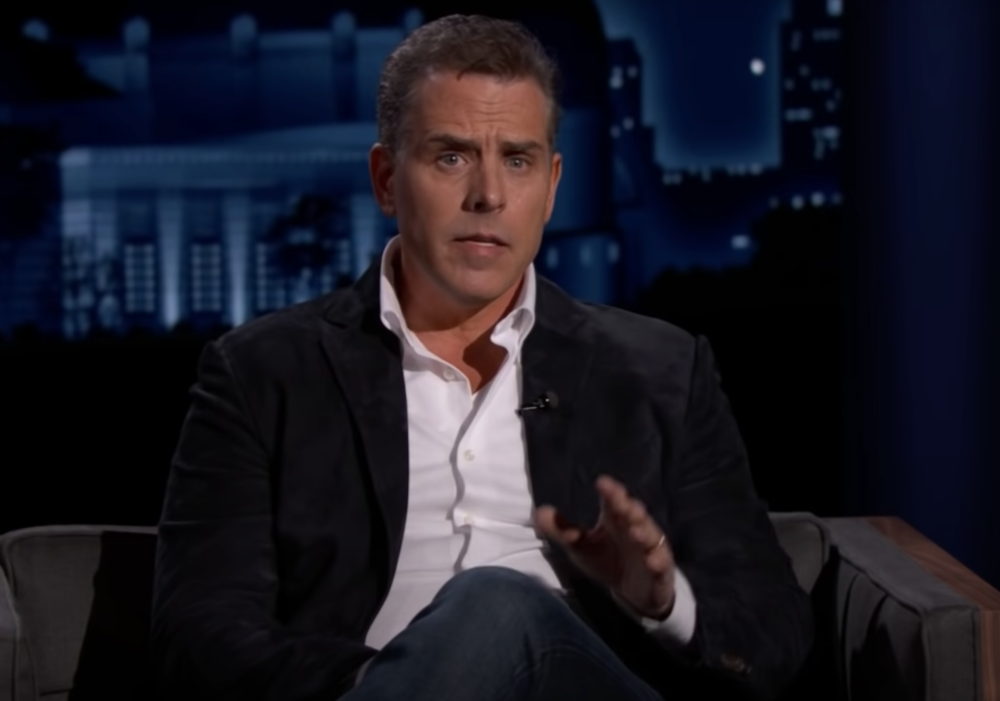 The corporate media last week failed to hold Hunter Biden, President Joe Biden’s troubled son, to the same standard as other public and non-public figures upon the report of his n-word usage. Once again, there is not a peep from that same media with regard to the latest report that the Biden son used a derogatory Asian slur in a text message.

According to text messages obtained by the Daily Mail, Hunter called Asians “yellow” in 2019 to his cousin. Caroline Biden texted Hunter, “Do you want foreign or domestic. I can’t give you f-cking Asian sorry. I’m not doing it,” to which Hunter replied, “Domesticated foreigner is fine. No yellow.”

This is the second report that Hunter used racist language. The Daily Mail previously published text messages Hunter Biden sent to his white attorney, referring to him by the n-word. Whereas Morgan Wallen, Mimi Groves, Kyle Larson, and others have been punished by institutions after extensive reporting on n-word usage, the president’s son receives zero scrutiny or accountability.

Where are the virtue-signaling elites and journalists now that records show Hunter Biden has been racist on more than one occasion? Surely, given that the Biden administration purports to be taking actions against “Anti-Asian Violence, Xenophobia and Bias,” wouldn’t it make sense for left-leaning outlets to cover his family’s track record? Shouldn’t they stay the course on opposing bigotry?

To the New York Times, the Washington Post, CNN, and the other corporate outlets, narratives trump real reporting. Just look at how an NBC “reporter” asked conservative Christopher Rufo for comment this week after slamming him in an article, and then decided to leave out his words because they didn’t comport with the so-called journalist’s worldview. Corrupt media have exchanged reporting the truth for packaging narratives that protect their favored political parties and people.

Hunter Biden is a problem these outlets do not want to deal with. So they stay silent and hope the stories blow over because puff pieces about his memoir advance their interests in ways that the truth about his foreign business dealings, potential tax crimes, drug usage, gun crimes, family connections, and racism do not.

If the Biden son’s words do not warrant coverage, why did anyone write about NFL player Carlton Davis when he tweeted an anti-Asian slur? Why did anyone report on Cardi B’s slur, which was admittedly pushed under the rug soon after since she embraces radical feminism? Why was there any reporting or outrage when “Saturday Night Live” cast member Shane Gillis was found to be using slurs?

Each instance provided an opportunity for the corporate press to bloviate about systemic racism without threatening any of their own interests. This isn’t the case with Hunter Biden. He is the son of their golden president, whom they prop up daily as the antithesis to his racist orange predecessor. Corporate media cannot afford to criticize their ice cream-devouring heartthrob’s kin, so they’re silent.