It’s now a fact that India is teetering on the edge of a power crisis as coal shortages have left power grids with the worst deficit in years.

This month, 80% of India’s 135 coal-fired plants had less than eight days of supplies — more than 50% of plants had two days of fuel left. For some context, the four-year average of coal inventory has been a little more than two weeks. 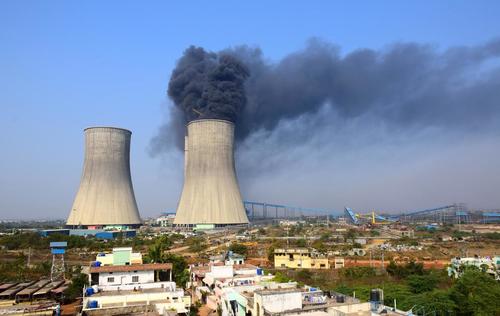 We noted India’s “persistent electricity shortages” have become more widespread since the start of October as coal-fired power plants can’t keep up with demand.

Reuters, citing data from grid operator Power System Operation Corporation (POSOCO), showed power supply dropped 750 million units short of demand throughout the first 12 days of October, primarily due to a coal shortage. The power deficit was the worst since March 2016, coming in at 1.6%.

Northern states such as Punjab, Rajasthan, Haryana, and Uttar Pradesh, and the eastern states of Jharkhand and Bihar had some of the worst power supply deficits between 2.3% to 14.7%.

A combination of supply factors and crashing coal imports led to this month’s power crunch that may worsen as coal supplies tighten and prices surge ahead of the Northern Hemisphere winter.

Coal-powered energy accounted for nearly 70% of power in early October, an increasing percentage as power generation from renewables declines.

If China is any guide, India might take steps to ration power to energy-intensive industries to maintain grid stability.

For those who don’t follow the coal sector closely, Coal India calls itself the world’s largest coal miner, and digs 80% of all coal in India. Beyond supplying coal-fired power plants, it serves **non-power** customers like steel, cement and other big industrial operations

The energy crisis is worldwide, first in Europe and China and now spreading to India. There’s reason to believe electricity shortages and blackouts could be unleashed in the US this winter.