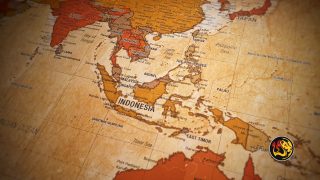 Officials estimated the number of deaths at 271, including many children, but cautioned that with many still missing and more than 2,000 people injured, the death toll was likely to rise.

Many injured survivors were admitted to the Ciamacan hospital after the main road to downtown Cianjur was closed due to landslides triggered by the quake, medics explained.

Rizki Utama, a hospital spokesperson, told the media that the facility had treated 260 victims, 14 of whom died. Most of the victims arrived with fractures and cuts.

Among those suffering in the region were members of Indonesia’s minority Christian community, though at least some narrowly survived the quake.

“The quake happened near my youngest daughter’s home in Depok city in the Jakarta area,” confirmed Christian church worker and entrepreneur Victoria, which isn’t her real name.

“But thanks God, Jesus protect them Halleluja,” Victoria told Worthy News. She is involved in several evangelism-related activities in Indonesia, the world’s largest Muslim nation, and provides aid to pastors and churches amid hardships.

The quake impacted the entire Cianjur region of West Java province after it struck at a shallow depth of 6.2 miles (10 kilometers), triggering landslides.

Indonesia’s President Joko Widodo, who visited the quake’s epicenter, the town of Cianjur, said the government would hand out compensation to victims and their families.

Jokowi, as the president is known, ordered rescue teams to prioritize saving people trapped under rubble and to urgently access areas blocked off by landslides.

But that appeared easier said than done: Rescuers faced the task of searching for the missing between damaged buildings, including tens of thousands of homes and dozens of schools.

Henri Alfiandi, the head of the national search and rescue agency (Basarnas), recalled that many victims were children who had been at school when the quake hit.

“They were at school at 1 pm; they were still studying,” Alfiandi explained to reporters. Some of those dead were students at an Islamic boarding school. “The challenge is the affected area is spread out … On top of that, the roads in these villages are damaged,” the official warned.

At a local hospital, overwhelmed by the number of patients, the injured lay on the floor on mattresses and blankets or under makeshift tents, reporters saw. On Monday night, victims were treated in the dark, under torchlight, due to widespread power cuts.

“Everything collapsed beneath me, and I was crushed beneath this child,” said Cucu, a 48-year-old resident, speaking from the crowded hospital parking area. “Two of my kids survived; I dug them up … Two others I brought here, and one is still missing,” she added through tears.

Provisional data released by the authorities and cited by the aid group Save the Children said about 51 education sites were affected.

Among them were 30 elementary schools, 12 junior high schools, one high school, five vocational schools, and one special school.

In 2004, a 9.1 magnitude quake off Sumatra island in northern Indonesia triggered a tsunami that struck 14 countries, killing 226,000 people along the Indian Ocean coastline, more than half of them in Indonesia.