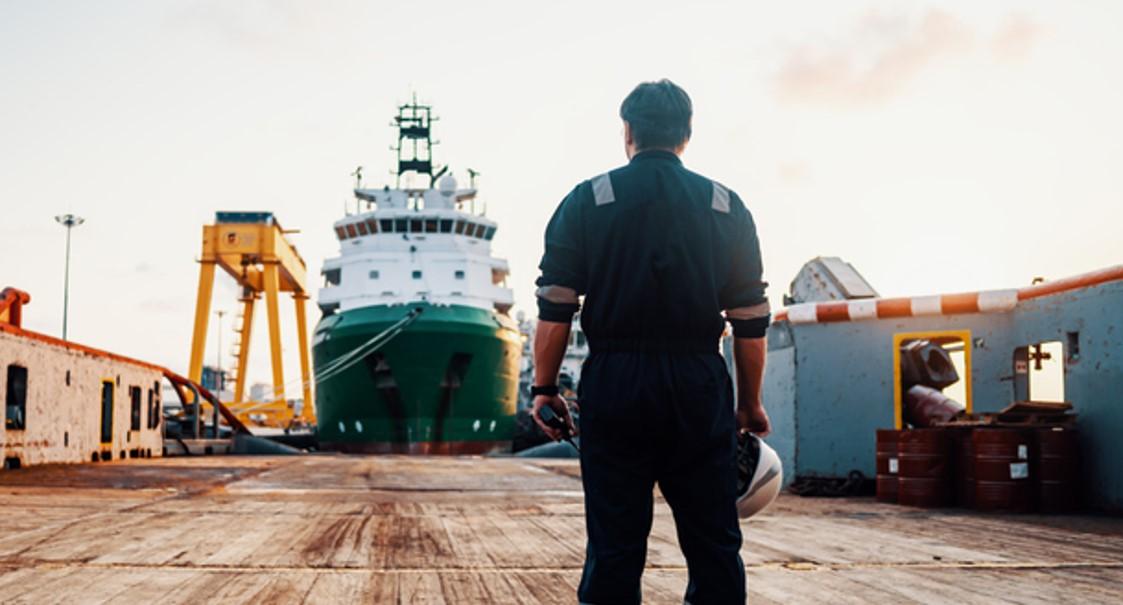 Having long ago lost the argument that capitalism can’t deliver a higher standard of living, the Left’s current anti-capitalist strategy is to claim capitalism requires environmental destruction. Yet even if one were to assume carbon emissions are the driving factor behind climate change, we must acknowledge the moral and economic necessity of industrialization. Between 1250 and 1800, world GDP per capita barely budged; in 1800, global life expectancy was a mere thirty years, infant mortality was commonplace, and eight in ten humans lived below the poverty line. Since the advent of the Industrial Revolution, that has all changed: despite the environmental impacts, global per capita income has risen fourteenfold and billions have risen from poverty—a phenomenon the economist Deidre McCloskey describes as “the Great Enrichment.”

Industry and the establishment of national industrial infrastructure are and have been the keys to economic growth and poverty alleviation. Data indicate that GDP per capita—the amount of goods and services produced per person—is the single best predictor against extreme poverty (graph displayed below):
Moreover, although GDP growth can signal government increases in the money supply rather than true increases in production, poverty reduction has tightly tracked GDP per capita growth in the developing world. A 2010 paper produced a very clear correlation between GDP growth and the poverty rate in Sub-Saharan Africa (graph displayed below):

It is unfair to use climate change to indict neoliberalism. Industrialization, albeit posing long-term environmental consequences, has lifted the human standard of living by extraordinary amounts. More importantly, the charge makes no sense, considering that the solution to climate change lies in the free market, as recent emissions trends and developments in the energy sector show. The central advantage of capitalism is its capacity for self-rectification and alleviation of the problems it initially creates. That is the miracle of innovation.

Since 1970, US carbon dioxide emissions per capita have fallen by 31 percent; between 2007 and 2019, aggregate CO2 emissions fell by about 17 percent; and from 2011, methane emissions fell by a whopping 73 percent. What explains this? An analysis by the thinktank Carbon Brief identified three main causes of this decline: transitioning from coal to natural gas, reduced electricity use in the industrial sector, and improved vehicle efficiency. Let’s begin with the main cause, the transition from coal to natural gas: natural gas produces substantially less carbon dioxide than all forms of coal, oil, propane, and gasoline. Data from the US Energy Information Administration show that between 1990 and 2020, natural gas consumption increased by a third, while coal consumption, which is far dirtier, halved, and oil consumption flatlined. Cleaner energy sources have displaced dirtier ones, which has produced a remarkable decline in the emission of greenhouse gases over the past decade. In the 1970s, the natural gas industry was perhaps one of the most regulated in the country, taped in by strict price controls, causing severe shortages in the supply of gas. These were terminated in 1985. Since the arrival of much-needed liberalization reforms, the industry has flourished.

There are many public health and environmental concerns about the method of obtaining natural gas—hydraulic fracturing, or ‘fracking’, as it is known. However, these concerns are mostly misguided: contrary to popular accusation, fracking does not pollute water sources. Most fracking wells are far below water sources, and the radiating force produced by drilling is insufficient to create cracks within the rock which reach those water sources; nor does fracking cause kitchen sinks to set alight. This is based on the 2010 documentary Gasland, which drew wide attention. Some of these cases, which happened in Colorado, were found by regulators to be completely unrelated to the local natural gas wells. In the words of that report: “Gasland incorrectly attributes several cases of water well contamination in Colorado to oil and gas development when our investigations determined that the wells in question contained biogenic methane that is not attributable to such development”.

Meanwhile, aside from its obvious environmental advantages, there are some considerable economic benefits to fracking, an industry which employs 3 million people, knocked 0.5 percentage points off the US unemployment rate during the Great Recession and saves schools a total of $1,207 million through lower energy costs.

Let’s explore a second major cause of the emissions decline: reduced electricity consumption in the industrial sector. This was a happy consequence of businesses economizing on resources in order to maximize profits. Energy bills are some of the biggest costs for businesses; any profit-seeking entity will want to keep them low. In fact, as the economists Nicholas Bloom and John Van Reenen wrote in a 2010 study: “We (also) found that energy efficiency is strongly associated with better firm-level management, probably because good management practices (like lean manufacturing) tend to economize on energy use.” Thus, it is obvious that private and environmental interests overlap in many ways. Of course, state-run companies are considerably less efficient than their private counterparts, and as a result, as the Soviet Union demonstrated, do not economize on resources and energy, with extreme pollution being a side effect. Similarly, the state-run elements of Mexico’s energy grid are notorious for having higher costs and significantly lower environmental quality than Mexico’s private energy companies.

Let’s now explore a third factor in the US emission decline: improved vehicle efficiency. One may find examples of companies deliberately trying to resist improving their energy efficiency, but on the whole, markets have been very willing to answer the growing demand for more eco-friendly vehicles: recently, General Motors announced an extra $7 billion of investment in developing electric vehicles: it is no surprise one analysis found that electric vehicles could outsell nonelectric vehicles by 2040. Furthermore, there has been significant progress in making air travel more efficient: the average aircraft today produces 80 percent less CO2 per seat than it did in 1950.

Many attribute the decline of other emissions, such as of sulfur dioxide, to the Clean Air Act of 1970. But in fact, this decline was well underway before those regulations were put into place.

Innovation for the Future: The Solar, Wind, and Nuclear Energy Sectors

We have transitioned to more efficient and cleaner fossil fuels such as natural gas, but they are still not free of greenhouse gas emissions. The energy sources which mostly are include wind and solar energies. While they aren’t nearly as good as coal, oil, and gas, wind and solar have improved remarkably in recent decades: in the past five years alone, the efficiency of solar panels rose from 15 percent to 20 percent. Meanwhile, the capital cost of solar panels, in dollars per watt, has declined sevenfold since 1995. More encouragingly, the price of electricity from solar panels themselves declined by 89 percent between 2009 and 2019. Likewise, the price of electricity from onshore wind turbines dropped by 70 percent and the average capacity factor of wind turbines—the ratio between the actual electrical energy output and the maximum possible output over a given period—increased from 25 percent in 1998–99 to over 40 percent in 2015.

The improvement in solar and wind energies has very much been led by private sector investment and natural free market forces. For example, since 1991 the price of lithium ion batteries—a crucial ingredient for low-carbon technologies—has diminished by 97 percent, due to enormous increases in supply and production.

The world’s solar and wind energy infrastructure has been effectively constructed, improved and modified by private companies. These companies include: Orsted, a Danish company, with an annual income of $15.46 billion, which constructs and operates many wind farms in Europe, and has invested an extraordinary amount in bioenergy; Iberdrola, a Spanish multinational corporation which specialises in the trading of electricity from clean energy sources and earns $3.57 billion a year; Brookfield Renewable Partner, enjoying annual revenues of $3.18 billion. These are only a few of a long list of private companies which are competing to develop the best and most efficient green energy infrastructure to enable the transition to a zero-carbon economy.

While there continue to be concerns about waste and safety, nuclear energy has been an impressive private sector endeavor: Jeff Bezos announced $20 billion in venture capital to construct a nuclear power plant in Oxfordshire, Great Britain; in a recent article, The Economist reported on the company planning this construction, General Fusion. Markets are about newness: General Fusion has investigated new and unique ways of processing nuclear power, involving ‘magnetic confinement’ and the creation of plasma blobs.

Many will want to attribute the growth of renewable energies, such as wind and solar, to government subsidy. However, the case of Solyndra —a solar energy company which was funded by federal investment but eventually went into liquidation—would clearly impugn this. Subsidies impede the competitive nature of the market, because inefficient firms are protected from bankruptcy and their own unpopularity.

If anything, government red tape has impeded the growth of nuclear energy, through a surfeit of regulations which have made investment in plants more expensive and less profitable.

To everything I have said, some might retort that the state sector can effectuate the construction and development of a green energy economy better than the private sector can. History has repeatedly demonstrated that this is not the case—the Wright brothers beat the US government to the invention of the aircraft by a long shot, and much of America’s most basic infrastructure was built by competing private sector entities, after the state had made disastrous attempts. Innovation and infrastructural improvement have always been the talents of free enterprise and competition, not centralization and state oligopolism. And thus, one of the world’s most pressing issues, climate change, can only be solved by the former.