Inflation, FAANGs, & Airplanes: Where The Real-World And Finance Collide!

“The essence of leadership is being able to see the iceberg before it hits the Titanic.”

Markets are being whipsawed by rate hike threats from Central Banks, China lockdowns, the Ukraine war, while being stalked by inflation and stagflation. The big risk remains policy mistakes – trying to solve these with the wrong monetary and fiscal policies. 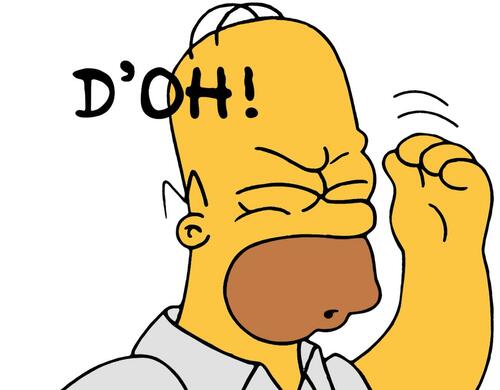 Taking a look at the stock markets its well windy out there.

The Federal Reserve is threatening to raise interest rates at a clip – even the ECB might get its act together later this summer, while the Chinese are double padlocking doors across the nation to avoid Omicron Covid (maybe we should tell them it’s like flu, but less..)! The Ukraine war rages on. Meantime, inflation, energy, food, and commodity prices are set to ravage the nations of the West like the Four Horsemen of the Apocalypse on a tequila fuelled spring-break. Their cousins; stagflation and recession are waiting in the wings…

Relax… it’s never as bad as you think it is…

But, the current global uncertainty hints at something deeper as financial markets, monetary and fiscal policy, and the real world suddenly collide.

I am wondering what Central banks think they are going to achieve with rate hikes to fight real world inflation. The current instability has been triggered real world stuff like Ukraine triggering the light-bulb moment of energy insecurity realisation, crops not being planted because of the war, a shortage of fertilizer, and Chinese lockdowns re-breaking supply chains.. and one billion other little real-world things that add up to the enormous real economic shock roiling the global economy..

This is a real-world crisis, which means it’s very unlike the last period of market instability – the Global Financial Unpleasantness of 2007-20??. (Note the deliberate question marks on when it might end.. ) The effects of the GFC very much remain with us today in terms of absolute financial asset distortion. That crisis was triggered by mispriced financial assets, bad assumptions about financial behaviours, a misunderstanding of risk, all trumped by rosy expectations of infinite market upside based on how clever we thought we were in the financial markets.

Call me a sceptic, but after 12 years of patiently watching Central Banks create all kinds of monetary distortion through monetary experimentation, QE and bond buy backs to keep rates artificially low… I have my doubts. Back then they initially argued how experiemental monetary policies and the liquidity created would very quickly see money flood down to the real economy; enabling corporates to borrow more, build new factories, warehouses and plant, create better jobs and strong growth. We were promised a boom time!

Which we got – if you were heavily invested in financial assets. All that money mostly remained in financial assets, causing a boom in bond prices, which very quickly spread to equities. Sure, corporates very able to borrow gazillions from the bond market which, because returns were so low, they “wisely” spent not on plant, but on stock buy-backs making the C-Suite richer while cutting wages. Meanwhile, you could not go wrong buying financial assets because central banks understood strong markets were vital to the economy.. Er.. what economy…? You know the story…

Does it feel like we are using a computer programme to plug a leak in a waterpipe?

In case the leaders of the Western democracies have missed it, we are actually fighting the biggest economic war of our time – which requires an all-in investment in winning. Like infrastructure, energy, security, Defence (to ensure cold wars don’t turn hot), and a bit of financial muscle – as it letting our rivals know the West is not afraid to weaponise the dollar.

All of which, leads me back to the morning’s story… how unconvincing the semi-real global markets feel in the face of the current disconnect between a real world crisis, central banks and distorted financial expectations.

The best example is the conflated beliefs investors still have in the Mega-tech sector. So, let’s start with the Netflix’ bubble-bursting numbers last week. Back then, I commented the whole FAANG premium stock bubble looks wobbly. “Not so!” scream the dedicated stock analysts who are paid to look at these beasts seriously for a living. (Don’t trust me – I only look at them to see if there might be something interesting to write about them each morning.)

The other FAAGs report this week – and FB tomorrow will be the one to watch. It’s likely to disappoint with another bad quarter in terms of tumbling advertising revenues, declining user growth and use, and missing the numbers – largely because Apple (and soon Google) have changed their privacy settings making advertising less lucrative. Regulation lies heavy on the horizon. Meta and Netflix have reset the hype around FAANG – growth at these large-cap tech companies is not a given – they suffer the same laws of financial gravity as every other stock.

Just in case you were not paying attention – this is what they look like:

I am thinking about adding some of these names to my Idiots Index – currently Tesla, Ark and Bitcoin. Surprisingly – or not unsurprisingly in these fervid times – the Idiots Index is doing.. well ok:

The bottom line is large cap stocks remain more vulnerable than we think. Although Apple is overweight – what happens when policy mistakes trigger recession and discretionary spending means we’re all too broke to buy iPhone 14?

If you are looking for real world indications of pain and perhaps opportunity, take a look at Global Aviation.

Most aircraft used by Russian airlines are leased from Western Aviation leasing companies – over 500 of them. All Russian airlines are now banned from flying to the West. Putin has responded to Western sanctions by effectively seizing any leased aircraft and re-registering them in Russia. They can’t fly outside Russia as they would be seized the moment they land elsewhere.

The value of these aircraft has collapsed. Without the regular checks, documentation and transparency on maintenance reserves, no non-Russian airline will ever consider using a former Russian plane. Even Russian built planes – the Sukhoi Superjet 100 – are struggling to stay in the air because they can’t get spare-parts and critical maintenance from the French engine OEM.

The pain is now being felt. Air Lease Corp just took a $802 million charge writing off 27 aircraft it owns used by Russian aircraft. I understand the insurance companies will pay-out around 5-10% on these planes. Other lessors will struggle.

Think about how you travel in Russia if you can’t fly.. Pain for the lessors, but still a win for the West.