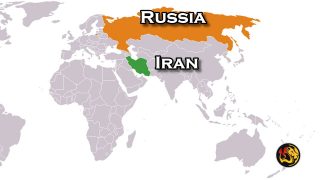 It is Russia’s first wide-scale deployment of a foreign weapons system since the war began, according to Ukrainian commanders familiar with the situation.

Additionally, the drone’s appearance in Ukraine is reportedly the first time it has been used outside the Middle East.

Tehran’s Shahed-136 delta-wing drones, repainted in Russian colors and rebranded as Geranium 2, started appearing over Ukrainian armor and artillery positions in the area.

The powerful weapon has been dubbed a ‘kamikaze drone’ carrying a warhead of about 80 pounds.

In its first use in Ukraine, the Iranian drone blew up an American-supplied M777 howitzer used by the Ukrainian military, recalled Colonel Rodion Kulagin, the commander of artillery operations in the Kharkiv counteroffensive.

Half a dozen strikes destroyed howitzers and armored vehicles, killing four soldiers and wounding 16, he added in published remarks.

The appearance of the drones prompted Colonel Kulagin to appeal to Ukraine’s Western allies to provide defenses or a similar weapon to strike back quickly.

Russia and Iran never acknowledged striking a deal for the Shahed-136 attack drones, but there has been close cooperation between the two countries.