Ismail Moradian, the vice-president of the Fruit and Vegetable Sellers Association, told the ILNA news agency on June 22 that consumption has decreased by between 25 and 30 percent because of price rises and the implementation of the economic policies of President Ebrahim Raisi’s government.

“Many people are confused and do not know which basic products to spend their money on,” Moradian said.

Moradian’s comments come days after a member of the board of the Beef Production and Distribution Union said that beef sales had dropped 20 percent in recent weeks, while the head of the Food Industry Federation said sales of overall food industry products in the country had fallen by half and the chairman of the Dairy Products Industry Association, noting an 80 percent increase in dairy prices last month, said household consumption in his sector had decreased by 20 percent in recent months. 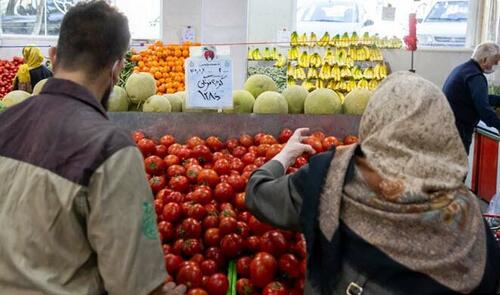 Extreme inflation in Iran has sparked street protests and rattled public institutions such as hospitals, prisons, and child-care centers, which are facing possible food shortages. The Statistics Center of Iran said the inflation rate in June hit 52.5 percent. 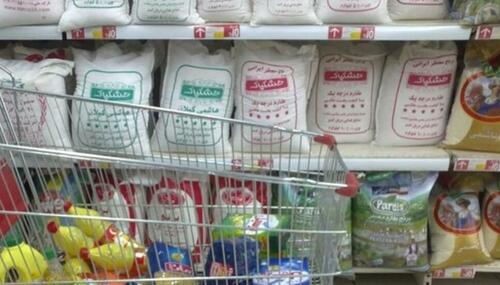 Last week, the Tehran-based Etemad newspaper reported that the impending problem of food security could hit in “the coming weeks” and that “food supplies will be disrupted not only in hospitals, but also in other government facilities such as barracks, prisons, nursing homes, and even student dormitories.”