Iran’s space ambitions might worry some in the West as the first images of the rogue country’s new home-grown satellite put into orbit earlier this year were released for the world to see.

Iranian state-owned news Press TV reports Islamic Republic News Agency, IRNA, published several images from the Noor 2 satellite. One image was the headquarters of the US Fifth Fleet in the Persian Gulf Island of Bahrain. 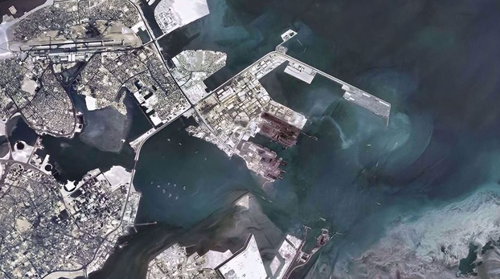 Iran’s Minister of Communications and Information Technology, Issa Zarepour, celebrated the achievement despite the US sanctions. He said:

“Who would have thought that one day an Iranian satellite stationed at an orbit of 500 km can carry out color imaging from the entire surface of the Earth and send the images to ground stations that have also been built by the Iranian youth.”

Zarepour added this development is a blow to Washington’s sanctions, attempting to cripple its civilian space program.

Press TV states the satellite is “expected to carry out a range of military and civilian missions in Iran, including reconnaissance and natural disaster response operations.”