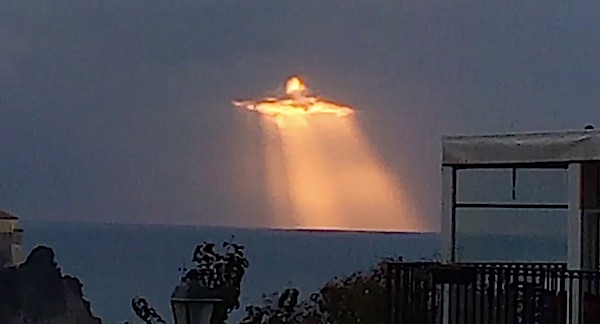 Jesus told us that no one knows the day or hour that He will return. That’s a given. But he gives us a framework that tells us a lot. Those closest to the Lord during his ministry asked Him what it would be like – and when.

“Tell us, when shall these things be? and what shall be the sign of thy coming, and of the end of the world?” they asked in Matthew 24:3. Later, after he had risen, he was asked again. He said in Acts 1:7: “And he said unto them, It is not for you to know the times or the seasons, which the Father hath put in his own power.”

But Jesus answered differently in Matthew, saying in verses 7-14: “For nation shall rise against nation, and kingdom against kingdom: and there shall be famines, and pestilences, and earthquakes, in divers places. All these are the beginning of sorrows. Then shall they deliver you up to be afflicted, and shall kill you: and ye shall be hated of all nations for my name’s sake. And then shall many be offended, and shall betray one another, and shall hate one another. And many false prophets shall rise, and shall deceive many. And because iniquity shall abound, the love of many shall wax cold. But he that shall endure unto the end, the same shall be saved. And this gospel of the kingdom shall be preached in all the world for a witness unto all nations; and then shall the end come.”

Iniquity will abound, and the love of many shall wax cold. Think about it. What does iniquity mean from God’s point of view? Lawlessness. God instructed us to follow His laws – His Torah, His Commandments. What happens when we miss the mark? We all miss the mark sometimes. But from the beginning, He gave us sincere repentance to cure it. And He gave us His Son on the cross who took our sins away if we committed our life to Him and really meant it. But if your love waxes cold toward your neighbor, that’s not good – that’s double trouble. If by now you don’t know His rules, you better learn them – from the good Bible.

We live in a time when many believe we’re close to seeing Jesus coming back.

TRENDING: 7 reasons every American should rally behind Herschel Walker

Read Daniel’s book of the Bible. It’s one of the best reads in the world. Pay close attention to chapter 12. In it he’s told by the angel Michael about the end times, just before the Messiah comes again to be our King of Kings and Lord of Lords. He’s told that He comes at the end of a three and a half year period, which is known as the period of Jacob’s trouble – which is another name for Israel’s trouble. It comes at a time still in the future when the Holy Temple of God will be rebuilt and the daily sacrifice will be taken away and the abomination of desolation shall take place. Israel is our time clock for the end times.

At this point I must tell you about another amazing story, one about Rabbi Judah Ben Samuel who lived during the 12th century and consecrated his life to God. He wrote the following prophecy in A.D. 1217, which has so far proven to be accurate with only the final part of it remaining to be fulfilled:

“When the Ottomans conquer Jerusalem they will rule over Jerusalem for eight jubilees. Afterwards Jerusalem will become no-man’s land for one jubilee, and then in the ninth jubilee it will once again come back into the possession of the Jewish nation – which would signify the beginning of the Messianic end time.”

When he was asked where he received this prophecy, he said, “The prophet Elijah, who will precede the Messiah, appeared to me and revealed many things to me and emphasized that the pre-condition for answered prayer is that it is fueled by enthusiasm and joy for the greatness and holiness of God.”

The first part of his prophecy was fulfilled exactly 300 years later when the Ottomans took control of Jerusalem in 1517.

The third part was fulfilled during the next 50 years, from 1917 to 1967 when Jerusalem was known as a no-man’s land.

The fourth part was fulfilled on June 7, 1967, when Israel took control of Jerusalem during the Six-Day War, which was exactly 50 years after the Ottomans lost it in 1917. Israel has maintained control ever since then. Since that time, over half the world’s Jews have lived in Israel. Many more are destined to come.

There’s more. Luke’s gospel records the time of Israel’s trouble this way, in 21:24: “And they shall fall by the edge of the sword, and shall be led away captive into all nations: and Jerusalem shall be trodden down of the Gentiles, until the times of the Gentiles be fulfilled.” [Emphasis added.] That means no more Gentiles calling the shots. Israel will be, once again, for Israelis.

In case you haven’t heard, Israel is already facing increasing pressure from the international community to divide Jerusalem, giving the eastern half to the Palestinians.

Nevertheless, President Donald Trump defied the world on Dec. 6, 2017, and formally recognized Jerusalem as the capital of Israel and stated that the U.S. Embassy would be moved from Tel Aviv to Jerusalem. He made good on the broken promises of many past presidents by placing the embassy in Jerusalem on May 14, 2018.

Getting back to Judah Ben Samuel’s prophecy, you may think he got the fifth part of his prediction wrong because it has been 55 years since 1967.

Messiah Jesus said in Matthew 24:34, “Truly I say to you, this generation will not pass away until all these things take place.”

“The days of our years are threescore years and ten; (70 years) and if by reason of strength they be fourscore years (80 years), yet is their strength labour and sorrow; for it is soon cut off, and we fly away.”

“Whoso readeth, let him understand.” Jesus is waiting for the Gentiles’ time to be fulfilled.

“The Gospel in Every Book of the Old Testament” by Joseph Farah is available in both hardcover and e-book versions.

ALSO: Get Joseph Farah’s book “The Restitution of All Things: Israel, Christians, and the End of the Age,” and learn about the Hebrew roots of the Christian faith and your future in God’s Kingdom. Also available as an e-book.