Since the start of last year, cryptocurrency prices have, for the most part, been ping-ponging lower in price. And as a result, many of the traders who enjoyed their first taste of trading victory last year began to experience something very different: Defeat.

As a result, many have tried to chase that feeling of winning, often with the result of burying themselves further in debt. After a while, some have found themselves in treatment centers for compulsive gambling – or worse. 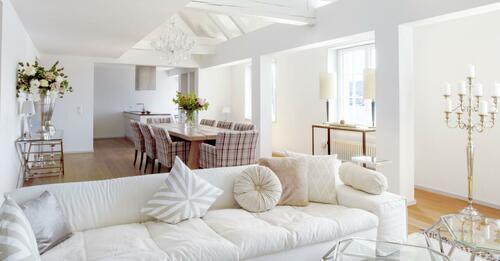 Take the case of Fillipino Stevie Rojas, a tech entrepreneur who got “hooked” on crypto. He described the sensation of how trading “hijacked” his brain  during an interview with Bloomberg.

He says he spent hours a day hunting for digital treasure on his smartphone. The ups made his pulse quicken. The downs left him strung-out.

He says he gave up morning prayers and time with his baby daughter. He scrolled Reddit and chased the action instead. If he wasn’t trading crypto, he was thinking about trading crypto.

Rojas became – his word – an “addict.

And so one day last year Rojas knelt in the darkened confessional of a Roman Catholic church in Manila, where he lives. He broke down and prayed for help.

While the experts haven’t formally classified crypto trading as a type of dangerous gambling, some have started studying the effect that cryptocurrency trading has on nerve receptors.

And now a growing number of mental-health professionals are adding an asterisk to the guides to designate cryptocurrencies as a trouble spot akin to gambling, and in some ways more insidious.

Scientists have long suspected what Wall Street has always known: Our brains lust after money, cocaine, the thrill of buying Dogecoin: the same these activities light up the receptors, suggesting that the same parts of the brain govern all these activities. Researchers have even linked an elongated version of one neural receptor, dopamine receptor No. 4, to a tendency toward financial risk-taking and risk taking with street drugs.

These qualities can introduce a dangerous element to crypto trading that can lead an individual to develop a serious gambling problem.

“It’s very similar to being at a roulette table,” says Dylan Kerr, an online therapist in Thailand who has treated about 15 self-professed crypto addicts and accepts payment in cryptocurrency. “It’s seemingly never ending, and it demands your attention,” Kerr says of crypto-trading. “If you take your eyes off the prize, you could miss out on massive opportunities and incur massive penalties.”

Says Lia Nower, director of the Center for Gambling Studies at Rutgers University: “Excessive crypto trading and high-risk stock trading could be forms of gambling and lead to gambling disorder.”

Which is what brings us to the Paracelsus Recovery Clinic, a $90K/week treatment center for compulsive behaviors.

The $90,000-a-week view stretches across Lake Zurich to the snow-peaked Alps beyond. Here at the luxury Paracelsus Recovery clinic, a range of mental suffering is discretely treated in velvet-rope style. Amenities include butlers, personal chefs, chauffeured limousines and more.

Another patient at a different recovery clinic – “Castle Craig”, located in the UK, shared how he was simultaneously addicted to smoking crack and crypto.

Steven Elphinstone came to Castle Craig for a variety of reasons. Elphinstone, 50, was working as a tunnel miner in London when he got into spread betting, a speculative derivatives strategy that’s banned in the United States. He started trading crypto early, around 2015, and promised himself he’d become a Bitcoin millionaire.

Back then, Bitcoin was trading around $240, and he says he was buying four or five tokens a week. Elphinstone spent hours poring over charts at his home on the Shetland Islands, where he’d relocated while rebuilding his mother’s house.

He says he loved the high of a trade gone right. But the losses were thrilling, too. He says he also struggled with other addictions. Cocaine was a big one. He sank all of his earnings into the crypto market or crack binges. He felt as if he could swap the two habits.

The BBG piece concluded with a quote from Rojas, describing crypto as “like any other addiction.”

“It could destroy your life if you’re not careful.”