Step aside NFTs: there is an even more ridiculous objet d’art on the shopping block – nothing.

Italian artist Salvatore Garau has auctioned off an “invisible” sculpture for 15,000 euros ($18,300). According to as.com, the sculpture’s initial price was set between 6,000 and 9,000 euros; however, the price was raised after several bids were placed. The kicker: titled ‘Io Sono’ (Italian for “I am”), the 67-year-old artist’s sculpture is “immaterial,” meaning that the sculpture does not actually exist.

Yes, someone paid over $18,000 for… nothing. And yes, there is so much liquidity out there, someone actually bought this, literally.

Though he’s received much critique for the sale, Garau argues that his work of art isn’t “nothing,” but is instead a “vacuum.”

“The vacuum is nothing more than a space full of energy, and even if we empty it and there is nothing left, according to the Heisenberg uncertainty principle, that ‘nothing’ has a weight,” Garau said of the statue according to as.com. “Therefore, it has energy that is condensed and transformed into particles, that is, into us.”

It gets better: according to Italy 24 News, per Garau’s instructions, the sculpture must be displayed in a private home free from any obstruction, in an area that is about 5 ft. long by 5 ft. wide. Because the piece does not exist, there are no special lighting or climate requirements. 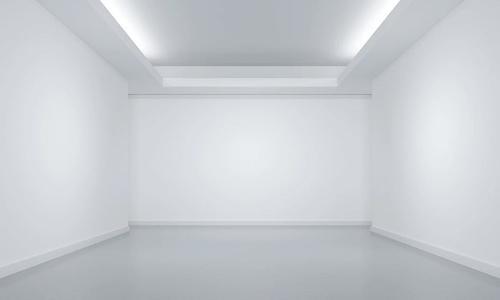 Multiple outlets report that the only tangible item the buyer will receive is a certificate of authentication that is both signed and stamped by Garau.

Though this is the first immaterial sculpture Garau has sold, it is not the first of its kind he has “created.” Last month, Garau displayed another immaterial sculpture titled, “Buddha in Contemplation,” in the Piazza della Scala in Milan, near the entrance to the Gallerie d’Italia. Garau posted a video of the “statue” to his Instagram page.

The video shows the taped-off area where the invisible “work” is located.

“Now it exists and will remain in this space forever,” says the video, apparently addressing millions of sophisticatedidiots. “You do not see it but it exists. It is made of air and spirit.”

The sculpture is meant to “activate” the viewer’s imagination, a power that, the artist says in the video, exists within everyone.

“When I decide to ‘exhibit’ an immaterial sculpture in a given space, that space will concentrate a certain amount and density of thoughts at a precise point, creating a sculpture that, from my title, will only take the most varied forms,” Garau said of his sculptures, according to as.com. “After all, don’t we shape a God we’ve never seen?”

Needless to say, this is absolute lunacy and yet this is the kind of world we now live in thanks to so much money sloshing around, banks can’t find any use for it and have parked half a trillion at the Fed where it is earning exactly nothing.

Providing a fitting conclusion to this story, Rabobank’s Michael Every writes that considering that in 2019, banana(s) taped to a wall sold for $120,000 (one was eaten: the others rotted, as bananas do.) “does something non-existent selling for $18,000 vs. something of minimal value selling for $120,000 represent inflation or deflation?”