Just hours after Rep. Nancy Pelosi, D-Calif., broke hundreds of years of precedent in the U.S. House by rejecting the minority party’s choices for a committee, one rejected congressman, Jim Jordan, explained it’s actually Pelosi, the House speaker, who needs to answer some questions.

Jordon, R-Ohio, and Jim Banks, R-Indiana, were told by Pelosi that they would not be allowed to be on a Democrat-majority group assigned to review what happened at the U.S. Capitol on Jan. 6.

That’s when hundreds of people, many of whom had been at a rally led by President Trump, went to the building. Evidence suggests Trump’s opponents also were embedded in the crowd.

There were dozens who broke windows or doors to get in and then vandalized parts of the building. Hundreds of others simply walked into the building, sometimes as security officers held the doors open for them.

Three people died of various natural causes in connection to those events, and an officer committed suicide, but the only death from violence was an unarmed protester who was shot and killed by a police officer.

Democrats immediately tried to impeach and remove President Trump from office, but failed.

House precedent allows each party to name its members on such investigative committees, but Pelosi immediately rejected Republicans Jordan and Banks.

“Why wasn’t there a proper security presence? That is a question that only the speaker of the United States House of Representatives can answer,” he said.

“My guess is the reason she didn’t have the proper presence there is because – think about what happened last year. The Democrats normalized anarchy. They said ‘Oh, if you are a rioter or a looter, you are attacking police that we are defunding and you are destroying small business we are going to raise money to bail you out of jail.’ So with that background, she couldn’t have the presence that you need that day.”

A statement from Pelosi’s office was nuanced in denying she was responsible for security at the Capitol.

“I will say again the Speaker of the House is not in charge of the security of the U.S. Capitol Complex any more than former Senate Majority Leader McConnell was on 1/6,” claimed Pelosi spokesperson Drew Hammill.

Congress has direct oversight through its administration and appropriations committees, now run by Democrats.

Jordan explained to Carlson that Pelosi wouldn’t allow him on the committee because she refuses to answer the fundamental question of why the scenario was allowed to develop. Reports have explained President Trump’s offer of additional security at the building were declined.

Follow Pelosi’s announcement, House GOP Leader Kevin McCarthy withdrew all five of his Republican nominees to the committee, announcing that the party would conduct its own investigation.

“This is all political and we have known it from the start,” Jordan said.

Pelosi is facing a time deadline to accomplish her politics in the House, as the GOP, now in the minority by only a handful of votes, is expected to take the majority in the 2022 elections coming up soon. Typically, in a midterm election, the party out of power in the White House gains a significant number of seats in the House, sometimes as many as 50 or 60.

McCarthy charged Pelosi’s move, “represents an egregious abuse of power and will irreparably damage this institution.”

Pelosi’s picks to the committee including Rep. Adam Schiff, the congressman who falsely claimed for years to have seen proof of the “collusion” between the 2016 Trump campaign and Russia, a conspiracy theory that has been thoroughly debunked, as well as Rep. Liz Cheney, a Republican who has been at war with her own party, and was removed from her leadership posts over her attacks on Trump.

Jenna Ellis, who served as an attorney for Trump, slammed Pelosi’s rejection of Jordan and Banks.

“This is NOT about getting to the truth,” she wrote on Twitter. “It’s political persecution from Democrats.

“They will stop at nothing to take down Trump.”

The post Jim Jordan: It's Pelosi who needs to answer questions about Jan. 6 appeared first on WND. 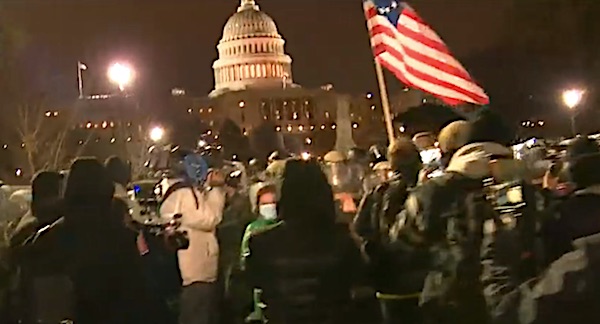