JPM: Biden’s Infra Bill Faces Enough Dem Opposition That It Will Be Materially Lower Than $4 Trillion

After weeks of bombastic announcements by the Biden administration, which included an utterly unprecedented $6trln in new federal spending split between  The American Families Plan, American Jobs Plan, and American Rescue Plan, JPMorgan has published a brief note that pour serious cold water on what the 78 year old president will actually achieve.

It appears that Biden’s infra bill faces enough Dem opposition to prevent him from using Reconciliation as a tool. This likely means that any bill that is passed is materially lower in size than the ~$4T proposal. A final bill would likely target “traditional” infrastructure and may see few, if any, changes to the tax code.

The GOP is united in opposing any rollback of Trump’s tax cut.

Does this mean that the path of least resistance for tax changes is that of personal income; specifically, could we see an increase of only the top tax bracket from 37% to 39.6%?

Said otherwise for all its inherent sound and fury, when all is said and done Biden’s grand American reincarnation and wealth redistribution plan won’t be a bang, and may not even be a whimper. 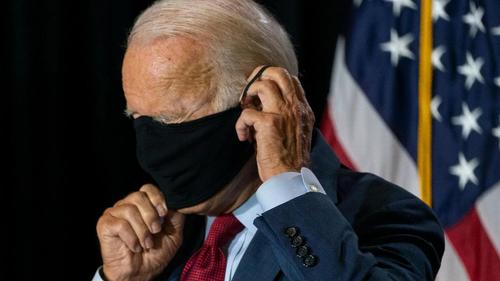