JPM: “Bond Yields Are Likely To Move Higher From Here” But The Real Question Is “What’s Behind The Move”

According to the closing market intelligence recap from JPMorgan’s Andrew Tyler, most of today’s conversations at the largest US commercial bank surrounded the impact of bond yields on equity prices, and to be sure with the 10Y pushing through 1.3%, a yield level last seen in late Feb 2020, the surge in yields has started hitting risk assets which closed lower on the day led by small caps and duration sensitive sectors. 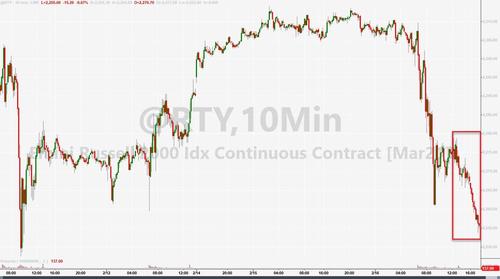 Here JPM interjects that while the jump in yields matters, from a trader’s perspective, the question “why yields are rising” matters even more. As JPM futures trader Matt Booras explains, if yields are rising for “good reasons” such as increasing GDP forecasts, then stocks will be fine. However, if there is a “bad” yield rising event such as a lack of demand for US Treasuries then stocks may come under pressure. Irrespective of the reason, Booras is looking for yields to eventually compress multiples which could disproportionately hit Tech while Cyclicals still move higher.

Focusing on the question of how rising bond yields will impact equities, JPM strategist Mislav Matejka makes the following observations: 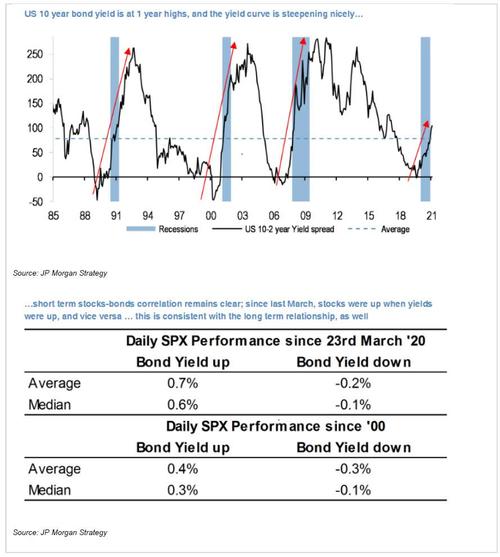 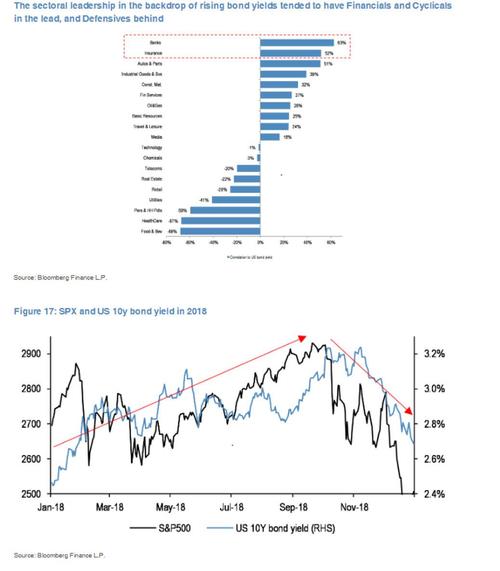 Finally, looking at the recent blowout in swap spreads and addressing the possibility that MBS hedgers will engage in convexity hedging, resulting in an even sharper move higher in yields, JPM’s rates trader Ryan Wald writes “are we going to have convexity paying? We may. Is it going to be to the extent that we experienced in the previous two convexity events? Not likely. Reason is due to the difference in who currently owns large percentages of the MBS market and how they choose to hedge their duration gaps. In ’03 the GSE’s were responsible, and in ’13 taper tantrum it was the REITs. Both of these entities actively hedged their duration gap. In current times, a large percentage of MBS ownership has shifted towards commercial banks. And because banks are net running a very large duration short which only continues to grow on the back of the Fed’s QE program… Any duration extension on the back of a convexity event would be welcomed, as opposed to being actively hedged.”