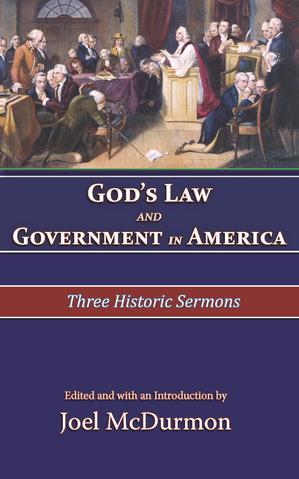 The following article, Judge Gorsuch’s Wrong-Headed Opinion on Homosexuality Was no Surprise to Me, was first published on The American Vision.

Judge John Roberts showed his colors on Obamacare. He was never a man to be trusted. Judge Kavanaugh was always a wild card, but on his latest vote, he surprised me. I never trusted Gorsuch, and I said so when he was first nominated. The following is some of what I wrote on why he was not going to be a good choice for the court.

On a side note, the latest ruling regarding a new definition of “sex” related to the 1964 Civil Rights Act was a piece of legislation. Writing in a separate dissent, Kavanaugh said: “We are judges, not members of Congress.” Legislation is not the court’s job. It has no constitutional authority to legislate, and as a result, states should ignore it like Democrat states ignore Federal Law. This latest ruling is not law.

Judge Neil Gorsuch and his family have been sitting under the ministry of Rev. Susan Springer who pastors St. John’s Episcopal Church in Boulder, Colorado. The denomination is liberal on many social issues, including abortion, same-sex marriage, and “climate change.”

“The first word that St. John’s uses to describe itself on its website and Facebook page is ‘inclusive,’ and the church is led by a female rector. On its website, the church encourages members to write letters to Congress asking for actions addressing climate change.”

The Church calls for the full legal equality of gay and lesbian people…. The Church elected its first openly homosexual bishop, Gene Robinson, in June 2003, at which his long-time partner was present. On July 14, 2009, the Episcopal Church’s House of Bishops voted that ‘any ordained ministry’ is open to gay men and lesbians. . . . On June 29, 2015, at the 78th General Convention of the Episcopal Church, a resolution removing the definition of marriage as being between one man and one woman was passed by the House of Bishops.

The Church calls for the full legal equality of gay and lesbian people…. The Church elected its first openly homosexual bishop, Gene Robinson, in June 2003, at which his long-time partner was present. On July 14, 2009, the Episcopal Church’s House of Bishops voted that ‘any ordained ministry’ is open to gay men and lesbians. . . . On June 29, 2015, at the 78th General Convention of the Episcopal Church, a resolution removing the definition of marriage as being between one man and one woman was passed by the House of Bishops.”

Next to abortion and slavery, homosexuality, same-sex marriage, and transgender rights have become the most destructive legal and moral swamp in our nation. The Republicans have not held the line on the issue. The same is true of many churches. It’s true of Rev. Susan Springer of Gorsuch’s home church. She made her opinions on the subject known in a 2010 article titled “Episcopalians don’t share LDS [Latter Day Saints/Mormons] view on homosexuality.” Springer wrote a letter to the editor when she served as the rector of St. John’s Episcopal Church in Logan, Utah.

God’s Law and Government in America

The three sermons presented in this book exemplify the full-orbed worldview of early American Christianity we need to recover today. They remind us of a time not too far gone in which preachers were highly and broadly educated men who brought biblical worldview to bear in full force to every area of life. In these sermons, we see this especially in regard to the application of biblical law to civil government.

Springer believes that homosexuals “are born as they are.” For support, she quotes a homosexual who states that his homosexual desires and actions are a “hard-wired” fact, “that homosexuality is no more a person’s choice than is the fact that some of us are left-handed, blond, European, or fond of math.”

The astute observer will note that homosexuality is a sex act; it’s what a person does. Being left-handed, blond, European, or fond of math are not behaviors. Are pedophiles and adulterers “hard-wired”? They would say they are. I suspect that many people would claim that they do what they do because they are born that way.

She next appeals to the Bible:

My denomination believes that God gave us some pretty simple operating instructions: Love the Lord God more than anything or anyone, and love your neighbor just like you love yourself. On these two commandments, said Jesus, hang all the law and the prophets. That means that all of our actions should be motivated by love.

And how is love defined? How do you know when you’re loving someone? By keeping the commandments. Love isn’t a feeling; it’s an action based on the law. Some abstract feeling does not nullify God’s law.

She then goes to the Old Testament law:

There will be readers who point out that Leviticus 18:22 says that it is an abomination for a man to lie with a man as he does a woman, but who forget that Leviticus 19:19 says that you shall not put on a garment made of two different kinds of materials.

There are no sanctions against wearing mixed clothing. This is obviously a ceremonial law related to Israel’s being separated from the nations. Laws regarding forbidden foods are also in this category (Mark 7:19). The New Testament is clear that these laws have passed away because the gospel is to go the nations, the very thing that mixed clothing and forbidden foods represented.

It’s interesting that Rev. Springer does not mention the laws prohibiting same-sex sexuality in the New Testament (Rom. 1:25-27; 1 Cor. 6:9; 1 Tim. 1:10) and the restatement of the creation ordinance related to marriage as being between a man and a woman (Matt. 19:4-5).

I suspect that the Gorsuch’s saw the handwriting on the wall. They would be ostracized from genteel society if Judge Gorsuch voted in terms of biblical norms and the Constitution. No more cocktail parties.