Authored by Katabella Roberts via The Epoch Times,

Kanye West appears to have confirmed that he will be running for president in 2024 in an attempt to move “towards the future” after giving up on his White House bid in 2020. 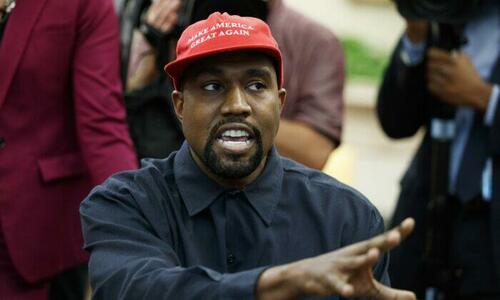 In a since-deleted video posted to Twitter by the account Patriot Takes, West, whose legal name is Ye, can be seen alongside conservative figure and former Breitbart editor, Milo Yiannopoulos.

“This is Milo right here, working on the campaign,” West, 45, says in the video. “Is that an announcement?” one man asks West, to which he responds by laughing.

“I guess it is,” he adds, to which a laughing Yiannopoulos replies, “Thanks, I accept.”

Yiannopoulos announced earlier this year that he had been hired as an unpaid intern by Rep. Marjorie Taylor Greene (R-Ga.) in her congressional office. Greene’s office also confirmed his hiring.

Yiannopoulos previously worked for Breitbart from 2014 but resigned in 2017 following backlash over comments he made in a video in which he stated that sex between 13-year-olds and older men can be “life-affirming,” according to the New York Post.

Later, in the video of West posted on Sunday, the fashion designer can be seen holding up a pair of tracksuit bottoms branded with the words “Ye24.”

“That’s what I’m talking about,” the rapper tells the cameraman.

“So you are running?” the cameraman then asks West, to which he responds, “Yes, simple.”

“It’s simple ’cause ain’t [sic] nobody can tell me, you know, ‘you should say this, you shouldn’t say that,’ you know? It’s just we’re moving towards the future,” West adds. 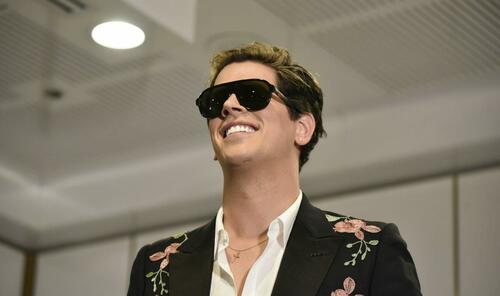 It is unclear when the video was initially by taken or by whom. The Epoch Times has contacted Yiannopoulos and a representative for West for comment.

Earlier on Sunday, West returned to Twitter after being locked out of his account in October for violating the company’s policies when he posted a tweet that was accused of being anti-Semitic.

“Testing testing, seeing if my Twitter is unblocked,” he tweeted, to which new Twitter owner Elon Musk replied, “Don’t kill what ye hate, save what ye love.”

Shortly after, West shared another post that simply read “Shalom” alongside a smiling emoji. Shalom is a Hebrew word meaning “peace.”

West’s return to Twitter comes after he was dropped by a string of companies including Adidas, Balenciaga, and Vogue magazine after he posted content that was deemed anti-Semitic.

“I’m a bit sleepy tonight but when I wake up I’m going death con 3 On JEWISH PEOPLE, ” West wrote in one of the posts that sparked backlash. “The funny thing is I actually can’t be Anti Semitic because black people are actually Jew also. You guys have toyed with me and tried to black ball anyone whoever opposes your agenda.”

In other posts, West wrote, “Who do you think invented cancel culture?” and: “Iranian youth are leading a revolution against 44 years of dictatorship. The world needs to support them and honor their courage.”