KIM Kardashian has been slammed over her new TikTok video.

The reality star’s daughter North, nine, has meanwhile been impressing fans with her creative content on the platform.

Kim, 42, posted a new video to TikTok on Tuesday in which she described “me every morning”.

The clip gave a POV from her phone while the recognizable sound effects of texting could be heard.

The 15 second clip showed the camera swaying from side to side while Kim caught up with her text messages.

The video has already racked up 380.7k likes while Kim has recently decided to allow comments on her account for the first time. 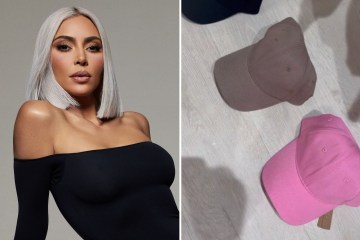 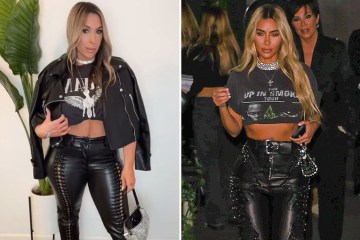 But many fans had some unsavory things to say about the TV icon’s new content.

“Why does someone with zero personality think it’s okay to make TikToks?” snarked one social media user.

“Why did I keep waiting for something to happen?” posted another.

A third suggested: “I just know she thought it was so hilarious and relatable.”

Others fans reckoned Kim’s daughter North had put her up to the challenge of making a funny TikTok video alone.

Their shared account, which is run by Kim, has become massively popular and many of the videos for their 12.8m followers feature the preteen alone.

The eldest of the Skims’ boss kids likes to show off her special FX makeup skills, have fun with filters, and take fans on tours of her $60m family home.

On Tuesday, North stole the show of Kim’s new TikTok video in which she showed off her dancing moves to Michael Jackson’s Remember The Time.

North is one of the four children that Kim shares with her ex-husband Kanye West.

The rapper is also a dad to Saint, six, Chicago, five, and Psalm, three, from his eight years of marriage with Kim.

Despite the child’s popularity on the platform, Kanye previously hit out at Kim and told her he did not want North to be posting on TikTok.

But Kim has kept the account and maintains that the platform is a “creative outlet” for her daughter, although they do not allow comments on their videos.

Kim and North left fans confused earlier this week as the little one dressed up as her controversial dad, complete with fake facial hair, for a cryptic video ahead of his surprise marriage to Bianca Censori.